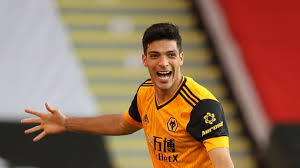 Wolves striker Raul Jimenez has left hospital after suffering a fractured skull in a clash of heads with Arsenal’s David Luiz, the Premier League club announced on Tuesday.

The 29-year-old needed surgery after sustaining the horrific injury in his side’s victory against Arsenal at the Emirates Stadium last week.

A statement on Wolves’ Twitter feed said: “Some good news from over the weekend… Raul Jimenez has been discharged from hospital and is now resting at home with his family.”

Speaking about his player last week, Wolves boss Nuno Espirito Santo expressed confidence the Mexico international would be able to resume his career.

“This is what the doctor insists to me — first days are crucial. He was really well taken care of on the pitch and during the journey in the ambulance.

“There was not even a moment when he was not being given oxygen so this is what determines the next steps to take.”

Jimenez posted a message on Twitter a day after sustaining the injury, saying: “Thanks for your support messages. I will be under observation and I hope to return to the pitch soon.”