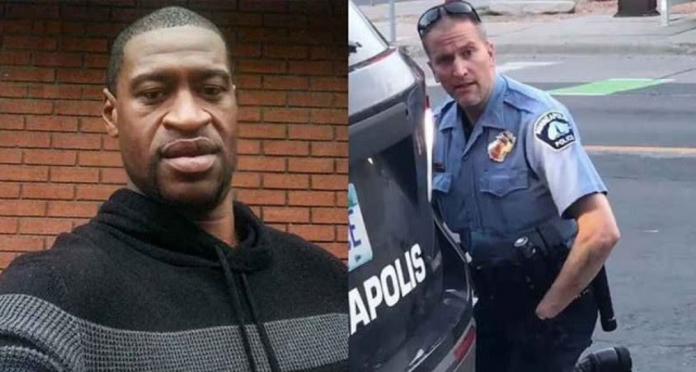 The Minnesota judge presiding over the trial of Derek Chauvin denied a defense motion on Wednesday to acquit the former police officer facing murder and manslaughter charges for the death of George Floyd.

Chauvin, who is white, was seen in a video taken by a bystander kneeling on Floyd’s neck for more than nine minutes as the handcuffed 46-year-old Black man complained repeatedly that he “can’t breathe.”

Defense attorney Eric Nelson said prosecutors had failed to prove their case against the 45-year-old Chauvin beyond a reasonable doubt and he should be acquitted.

The motion is a standard request in criminal trials at the end of the presentation of the prosecution case and it was rejected by Hennepin County Judge Peter Cahill.

The motion for judgment of acquittal is denied,” Cahill said.

The video of Floyd’s May 25, 2020 arrest touched off protests against racial injustice and police brutality in the United States and around the world.

Prosecutors called nearly 40 witnesses during the first two weeks of the high-profile trial including medical experts, current and former police officers and bystanders to the arrest.

Judge Cahill on Wednesday also said he would allow a potential defense witness to invoke his Fifth Amendment right not to testify.

Morries Hall was with Floyd on the day of his arrest and his attorney, Adrienne Cousins, told the judge that Hall could “not answer any questions without incriminating himself.”

Nelson, Chauvin’s attorney, has suggested that Hall gave illegal drugs to Floyd and that his death was due to his consumption of fentanyl and methamphetamine and underlying health conditions.

Medical experts called by the prosecution said Floyd’s death was caused by a “low level of oxygen” from the neck restraint and not due to drugs or pre-existing conditions.

Nelson asked the judge on Monday to sequester the jury after protests erupted in Minneapolis following the police killing of a 20-year-old Black man.

The judge denied the request and said the jury would be sequestered after closing arguments, which are expected on Monday.

A conviction on any of the counts against Chauvin will require the nine-woman, five-man jury to return a unanimous verdict.

Chauvin faces up to 40 years in prison if convicted of the most serious charge — second-degree murder.

A 19-year veteran of the Minneapolis Police Department, Chauvin was fired from the force after Floyd’s death.

Three other former police officers involved in Floyd’s arrest are to be tried separately later this year.