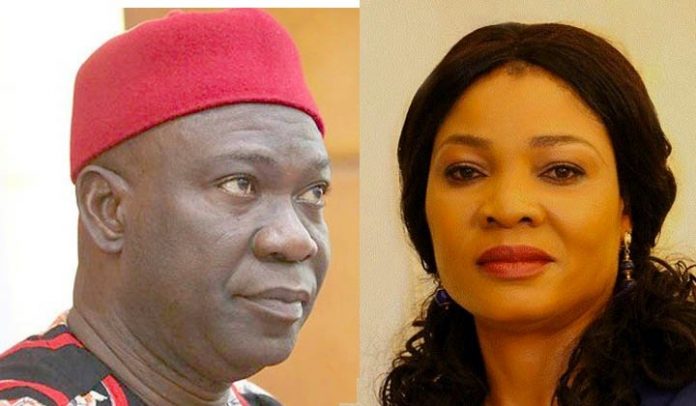 The Central Criminal Court in the UK has adjourned the alleged organ harvesting case involving Ike Ekweremadu, former deputy president of the senate.

The judge handling the case is going to hear pretrial applications on October 31, but the trial will commence fully on May 2, 2023.

The former deputy senate president and Beatrice, his wife, are facing charges bordering on conspiracy to arrange/facilitate the travel of another person with a view to exploitation, namely organ harvesting.

The couple were arrested by London Metropolitan Police in June and appeared before a magistrate court in July.

At the court on Thursday, the senator representing Enugu west asked that a new lawyer represent him.

The police had alleged that David Ukpo, the reported victim at the centre of the organ harvesting allegation, is a 15-year-old but the court ruled that he is 21.

Recall that the former senator wrote to the UK high commission in December 2021 to support a visa application for Ukpo.

In the letter, Ekweremadu said Ukpo was undergoing medical investigations for a kidney donation to Sonia Ekweremadu, his daughter, who is in need of a kidney transplant.

He said both Ukpo and Sonia will be at the Royal Free Hospital London.

Ekweremadu’s appearance in the UK court is the third time since his arrest.

The politician is a member of the Peoples Democratic Party (PDP) and served three terms as Nigeria’s deputy senate president from 2007 to 2019 but has been a senator since 2003.