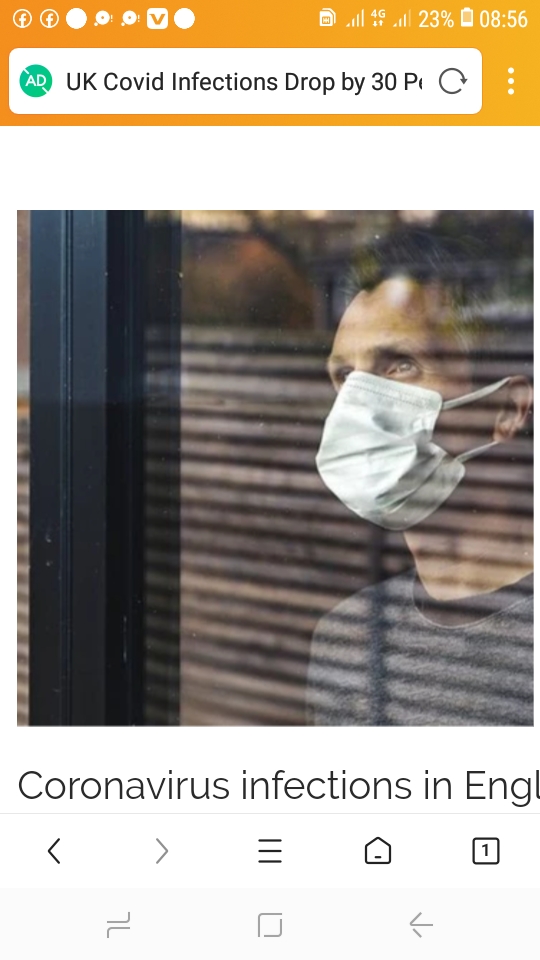 Coronavirus infections in England have fallen by about a third over lockdown, according to a major study.Some of the worst-hit areas saw the biggest improvements – but, despite this progress, cases remained relatively high across England.Health Secretary Matt Hancock said the data showed the country could not “take our foot off the pedal just yet”.The findings by Imperial College London were based on swabbing more than 100,000 people between 13-24 November.The React-1 study is highly respected and gives us the most up-to-date picture of Covid-19 in the country.Its researchers estimated the virus’s reproduction (R) rate had fallen to 0.88. That means on average every infection translated to less than one other new infection, so the epidemic is shrinking.Run alongside pollster Ipsos MORI, the Imperial study involved testing a random sample of people for coronavirus, whether or not they had symptoms.The results of these tests suggested a 30% fall in infections between the last study and the period of 13-24 November.Before that, cases were accelerating – doubling every nine days when the study last reported at the end of October.Now cases are coming down, but more slowly than they shot up – halving roughly every 37 days.In the North West and North East, though – regions with some of the highest numbers of cases – infections fell by more than half.The findings suggest cases are now highest in the East Midlands and West Midlands.Lockdown came into force across England on 5 November but national data, based on people with symptoms, suggests there was a spike in cases in the week after.This was put down to pre-lockdown socialising, since it takes five days on average after catching the infection for it to be detectable by a test.Source: BBC