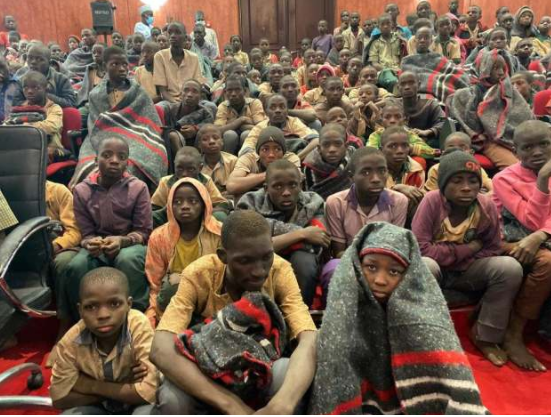 Shehu who disclosed this on Tuesday during an interview on Channels Television breakfast programme, Sunrise Daily said although no ransom was paid, there were negotiations with the abductors.

“All of the leading actors involved in the release of the children said no ransom was paid.

“The governor of Zamfara State, who had a policy of engagement with the bandits leading to the surrender and renouncement of bandits, used repentant bandits to gain access to those that were in the forest and they had them (schoolboys) released. All the leading actors in Zamfara and Katsina state said no ransom was paid,” he said.

The presidential spokesperson added that the rescue operation involved joint efforts of security agencies including the Nigerian Army, police among others who all acted promptly.

He revealed that there were negotiations with the abductors after the troops of the Nigerian Army encircled the Zamfara forest where the hostages were held.

“The security services, the Army, police, intelligence agencies showed good judgement and capacity by promptly responding to the kidnap of those students and then locating exactly where they were being held.

“Having done that, they quickly mobilised and surrounded the entire place to ensure that they do not go out and they do not come in. So, whatever followed after that is to reap from the gain which has been done.

“The military identified where they were less than 24 hours after the kidnap and waited for the process of the negotiation and at the end of it, everyone is happy that it ended the way it did,” he said.

Over 300 students were abducted on Friday, December 11 after gunmen on motorcycles invaded Government Science School students in Kankara, Katsina State.

The abduction of the students sparked an outrage with calls from various individuals and groups on the government to step up efforts towards securing the lives of the people.

It occurred at a time when President Muhammadu Buhari had travelled to Daura, his hometown in Katsina for a private visit.

The boys were eventually released and received by the Katsina State government after seven days in captivity.