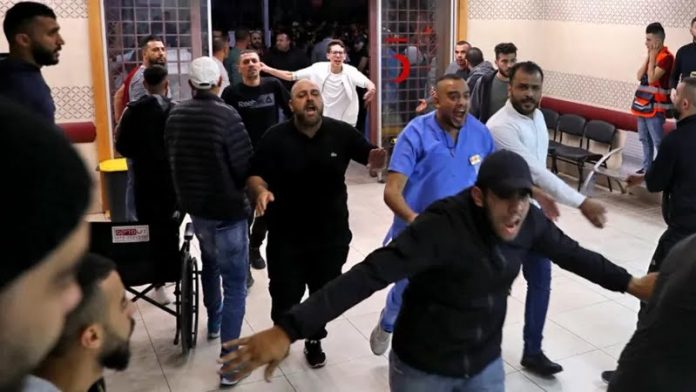 Five Palestinians, including at least three gunmen, have been killed in a major Israeli raid against a militant group in the occupied West Bank.

A sixth Palestinian was shot dead by Israeli troops who were attacked with stones in a protest against the raid, Palestinian medical sources say.

The operation in the northern city of Nablus targeted the recently formed Lion’s Den group.

The group killed an Israeli soldier in a shooting earlier this month.

The Israel Defense Forces (IDF) had locked down Nablus for the past two weeks amid an intensive search for the killer of an Israeli soldier. Staff Sgt Ido Baruch, 21, was shot dead in an ambush near an Israeli settlement about 8km (five miles) away.

There has been an intensification of violence between Israel and Palestinians in the West Bank in recent weeks amid an ongoing Israeli operation to root out militants following a wave of deadly attacks against Israelis earlier this year.

What will worry the watching diplomatic community, the BBC’s Tom Bateman reports from Nablus, is that this raid saw exchanges of fire between Israeli troops and members of the official, internationally backed Palestinian security forces.

On entering the city on Tuesday, our correspondent found the road littered with the debris from the overnight clashes – rocks were strewn on the tarmac and fire crews were pumping water over smouldering tyres.

Nablus is now on strike. Shops and restaurants are shuttered along street after street usually busy with markets and children heading out from school, he says, the quiet broken only by the sound of gunmen returning from the funerals still firing into the air.

The Lion’s Den group was formed following near daily arrest raids by Israeli forces targeting militants, concentrated in the northern West Bank. It is believed to number a few dozen members and has carried out, or attempted, attacks around the Nablus area and as far afield as Tel Aviv, according to the Israeli military.
Source: BBC News