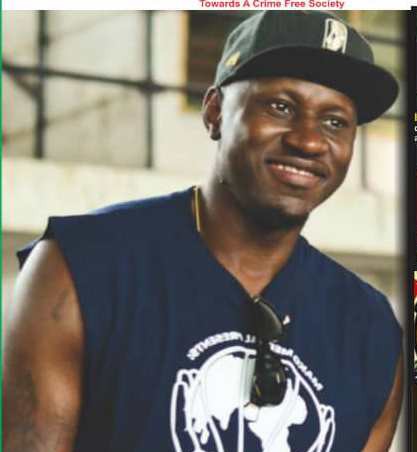 The Federal Capital City, Abuja will from Sunday, June 5, 2022 host about 28 teams from across the country at the Goal Project, Parkage B, MKO Abiola National Stadium as Ejike Ugboaja FC is organising a-5-day scouting program.

The program will feature about five hundred players across the country. However, scouts from ten clubs across the Europe including Arsenal, Chelsea among others have already confirmed their participations.

He said, talents are abound in Nigeria, but how do they get to be recognise has been the problem, therefore, in his quest to give back to the society he has chosen to organise the scouting program so that they can come together showcase their talents before the scouts and the lucky ones could be spotted and giving a contract immediately.

“As I keep saying, they are good players in Nigeria but, the issue has been who will help expose them to these foreign scouts? And that is the reason I came in, because having played basketball to it’s pinnacle and coupled with the facts that I have helped over two thousands Nigerian basketball players and America footballers schools in the United State of America and clubs too, I thought it wise to replicate same in football “

“We have concluded all arraignment concerning the program. The scouts will be in the country on Saturday and leave for their respective clubs on June 9, after the closing ceremony

“Our prayers are that they should be able to identify and sign as many players as possible, so that at the end we would have empower the young players because that is the reason behind the program.,” Ugboaja said.