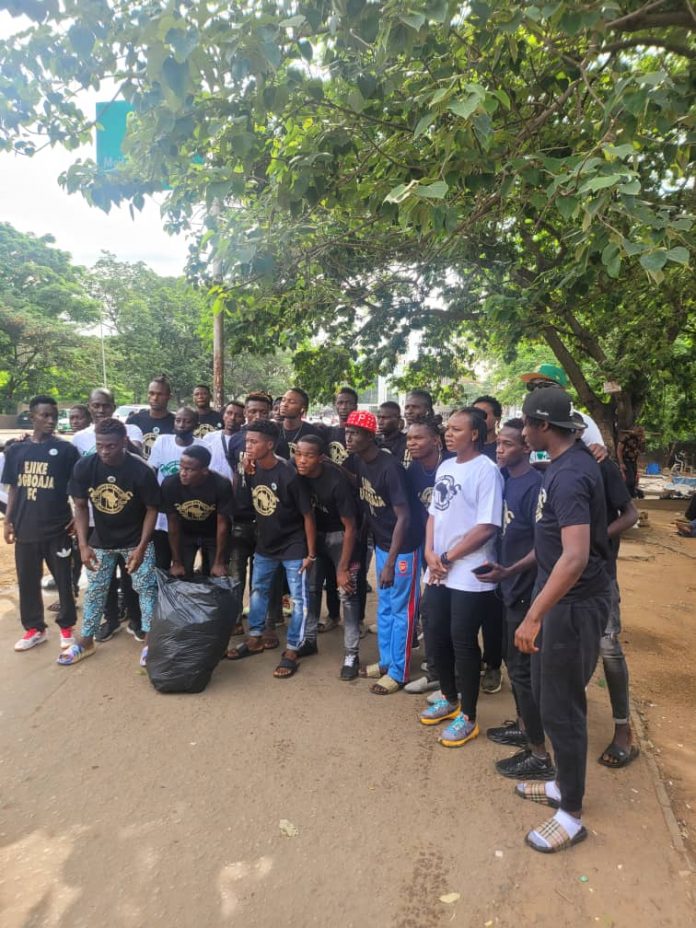 As part of their efforts to giving back to the society, the players and management of Ejike Ugboaja Football Club of Abuja on Friday embarked on a community service of cleaning Wuse market. They also donate money/provisions to the less privileges.

The exercise which took place in Wuse market attracted lots of attention as it’s served as the first in it’s kind.

Speaking on why the club embarked on such community service of cleaning the Wuse market and it’s surroundings, the chairman of the club, Ejike Ugboaja said, the exercise became possible in order to prepare the minds of the players on what to expect if they live the shore of this country to ply their trade abroad as professional footballers.

He also said, he introduced it because he felt it was right to start doing so having spent over 12 years playing basketball abroad and engaging in such activities on a regular basis

“I think what I am trying to achieve is that whenever the players are across the globe, they will always remember to return back to serve their community back here in Nigeria.
“The community service we embarked upon today (Friday) was good because most of us sports men and women who have played abroad this is exactly what we do there and so I felt Ejike Ugboaja FC should start doing it here.
“It’s not only representing the country in international competitions that matters but what we did was to also clean the capital city of Nigeria because that gives the upcoming players sense of patriotism and belonging,” he said.