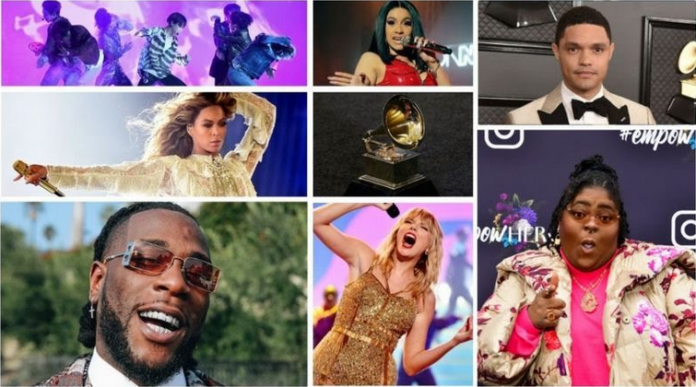 The Best Music Video award is given to the artist, video director and video producer.

Though the Grammys will not have its usual audience due to the pandemic, each performance stage will be surrounded by performers, nominees and guests, all of whom will be regularly tested for COVID-19. A fifth stage will be used by the show’s presenters, many of whom are venue personnel from the Apollo in New York, the Station Inn in Nashville, and the Troubadour and Hotel Café in L.A.

Beyoncé leads this year’s nominations with nine, including for record of the year for “Black Parade” and her feature on Megan’s “Savage.” Swift, Roddy Ricch and Lipa follow with six nods each, and Brittany Howard picked up five nominations. Those with four noms include Eilish, Megan, Phoebe Bridgers, Justin Bieber, DaBaby, jazz musician John Beasley and classical composer David Frost