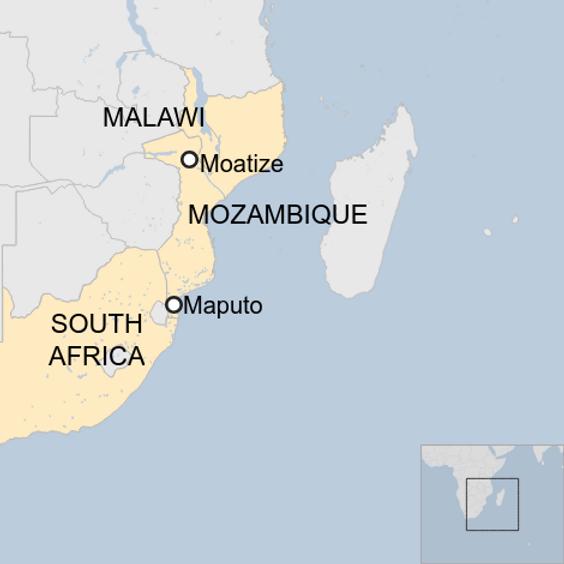 Mozambican immigration officers have found 64 dead bodies in a shipping container on the back of a lorry that had crossed into Mozambique from Malawi, officials say.It is suspected that the dead, thought to be Ethiopian, suffocated, the authorities told the BBC.Two people, including the vehicle’s driver, have been detained in connection with the deaths.The migrants were on a well-known trafficking route to South Africa.When officials inspected the vehicle, 14 people were found alive.The immigration service had stopped the container truck in the town of Moatize, according to Tete provincial director of health, Carla Mosse.She said investigations were ongoing to discover how the occupants died, but said asphyxiation was the likely cause of death.Amélia Direito, spokesperson for the National Migration Service in Tete, said the driver had not wanted to stop the vehicle when asked.She explained that her colleagues had heard noises from the lorry and suspected that migrants might be inside.Referring to the trafficking of migrants she said: “This is a worrying situation. We are continuing to tighten the control of the border.”Some of the 14 survivors were hitting the container and screaming, reports the Portuguese newspaper Observador.Danilson Goncalves, head of public health in Tete, said a team of medical examiners would carry-out autopsies to determine the exact cause of death.