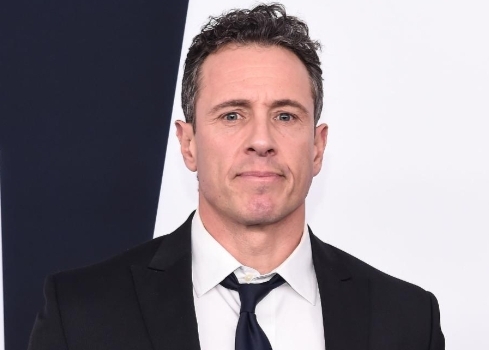 CNN prime-time anchor Chris Cuomo has tested positive for the coronavirus. The Cuomo Prime Time made the announcement via Twitter on Tuesday morning. Cuomoanchored his 9 p.m. Eastern hour on Monday from his home, and he says he will continue to do so as long as he is feeling well.

In his daily coronavirus briefing, Governor Andrew Cuomo of New York mentioned his brother’s diagnosis, saying he’s a “sweet, beautiful guy” and “my best friend.” The governor joked “he’s strong—not as strong as he thinks.”

Chris Cuomo, on Twitter, said that he’s “had fever, chills and shortness of breath” and that he’s been “quarantined in my basement,” where he will do his CNN and radio shows. “I just hope I didn’t give it to the kids and Cristina,” he added.

The basement “studio” that Cuomo is confined to can be seen in clips from Monday night, including a back-and-forth debate over Donald Trump between Cuomo and CNN’s Don Lemon: