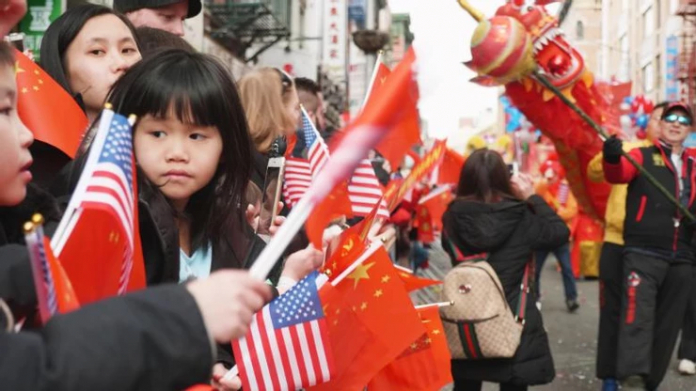 The African community in Guangzhou is on edge after widespread accounts were shared on social media of people being left homeless this week, as China’s warnings against imported coronavirus cases stoke anti-foreigner sentiment.

In the southern Chinese city, Africans have been evicted from their homes by landlords and turned away from hotels, despite many claiming to have no recent travel history or known contact with Covid-19 patients.

CNN interviewed more than two dozen Africans living in Guangzhou many of whom told of the same experiences: being left without a home, being subject to random testing for Covid-19, and being quarantined for 14 days in their homes, despite having no symptoms or contact with known patients.

Health authorities in Guangdong ​province and the Guangzhou Public Security Bureau did not respond to CNN’s request for comment.

On Thursday afternoon, Chinese Foreign Ministry spokesman Zhao Lijian said: “Since the beginning of the coronavirus outbreak, China and African countries have always supported each other and have always fought against the virus jointly.

“I would like to emphasize that the Chinese government treats all foreigners in China equally, opposes any differentiated practices targeted at specific groups of people, and has zero tolerance for discriminatory words and actions.”

Guangzhou has long had the largest African community in China. Because many Africans in the city have short-term business visas, they travel into China several times a year, making it difficult to calculate the size of the African population the city. But in 2017, approximately 320,000 Africans entered or left China through Guangzhou, according to Xinhua.

African residents say local hostility to their presence is nothing new. But when coronavirus cases emerged in the African community this month it served to amplify existing tensions.

An African in Guangzhou is tested for coronvirus at his apartment.

A report on April 4 alleged that a Nigerian national with Covid-19 had attacked a Chinese nurse who tried to stop him leaving an isolation ward at a Guangzhou hospital​. The report was shared widely on social media, and local Africans CNN spoke to say a racist backlash against the African community ​followed.

Then on April 7, Guangzhou authorities said five Nigerians had tested positive for Covid-19.

Fearing a cluster among the African community, Guangzhou authorities upgraded the risk level of Yuexiu and Baiyun, the areas home to the city’s two African enclaves, from low to medium, state-owned Global Times reported.

​The local government Tuesday reported 111 imported cases of Covid-19 in Guangzhou, with 28 patients from the UK and 18 from the US. In interviews with CNN, Americans and British nationals in Guangzhou said they had not heard reports of forced testing, home evictions and additional quarantine measures being imposed on members of their communities.

On Saturday, however, the US Consulate in Guangzhou warned African-Americans to avoid travel to the city.

“In response to an increase in Covid-19 infections, officials in the Guangzhou metropolitan area escalated scrutiny of foreign nationals,” the consulate said in a statement. “As part of this campaign, police ordered bars and restaurants not to serve clients who appear to be of African origin. Moreover, local officials launched a round of mandatory tests for Covid-19, followed by mandatory self-quarantine, for anyone with ‘African contacts,’ regardless of recent travel history or previous quarantine .