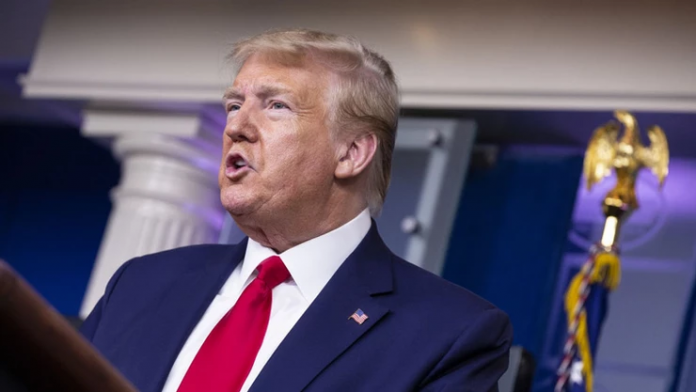 President Trump announced at the White House coronavirus news briefing in the Rose Garden on Tuesday that the United States will immediately halt all funding for the World Health Organization (WHO), saying it had put “political correctness over lifesaving measures.”

Also at the briefing, the president said plans to ease the national economic shutdown were being finalized, and that he would be “authorizing governors to reopen their states to reopen as they see fit.” At the same time, Trump made clear that he was not going to put “any pressure” on governors to reopen.

Trump read a long list of names of people in business, health care and sports who will advise him on how to restart the economy. “We have to get our sports back,” Trump remarked. “I’m tired of watching baseball games that are 14 years old.”

In the meantime, Trump declared that the United States would undertake a 60-to-90 day investigation into why the “China-centric” WHO had caused “so much death” by “severely mismanaging and covering up” the coronavirus’ spread, including by making the “disastrous” decision to oppose travel restrictions on China.

The United States is the WHO’s largest single donor, and the State Department had previously planned to provide the agency $893 million in the current two-year funding period. Trump said the United States contributes roughly $400 to $500 million per year to WHO, while China offers only about $40 million. The money saved will go to areas that “most need it,” Trump asserted.