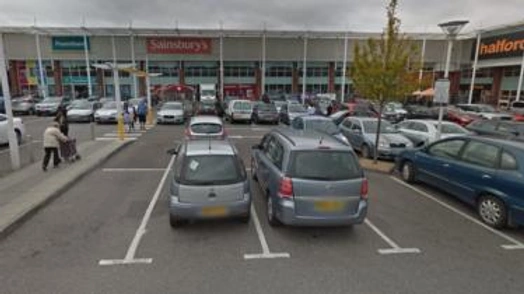 A man who claimed he had coronavirus and coughed in police officers’ faces after he had been caught shoplifting has been jailed.

Jonny Sansom, 24, was escorted from Sainsbury’s in Cowley, Oxford, when he racially abused and assaulted one of the officers on Monday.

Shoppers waiting outside the supermarket applauded officers when Sansom was arrested at about 14:40 BST.

He was jailed for 20 weeks at Oxford Magistrates’ Court.

He also pleaded guilty to assaulting an emergency worker and using threatening, abusive or insulting words or behaviour with intent to cause fear of or provoke unlawful violence.

Supt Joe Kidman, of Thames Valley Police, said: “I am very pleased that we’ve seen swift and robust justice in this case.

“Sansom is now in jail following his vile actions on Monday against shop staff and our police officers, who were all doing their job to serve our community.

“It is a salutary reminder of the particular dangers that police officers face at this time.”