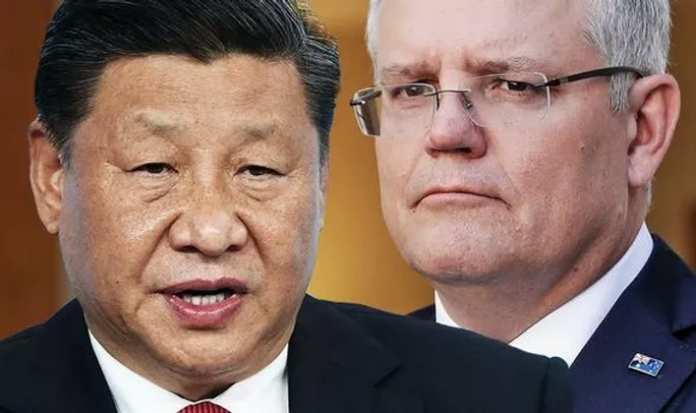 A COALITION of 122 countries are now supporting Australia’s call for an independent probe to investigate the causes of the coronavirus pandemic that started in Wuhan, China

But, Australian Prime Minister Scott Morrison has felt the wrath of Beijing, after China threatened to decimate his country’s economy unless the inquiry initiative is dropped. The need for an inquiry will be voted on by 194 nations at the World Health Assembly on Tuesday. China has increased its belligerent threats towards Australia with a suggestion they may place a crippling tariff on barley exports.

The wording of the inquiry so far fails to mention China, but the nuances all point to an effort to uncover attempts by Beijing to cover-up the outbreak at the early stages.

The UK has signed up to support the inquiry and British Foreign Office spokesman said: “There will need to be a review into the pandemic, not least so that we can ensure we are better prepared for future global pandemics.

“The resolution at the World Health Assembly is an important step towards this.”

The pandemic has caused world economies to fall into recession, with many questioning why they should repay the sovereign debt they owe China after the disease spread from Wuhan because of Beijing’s lack of transparency.

At present global cases of infection have surged over 4.7 million, with 313,713 dead and million still sick with the disease.