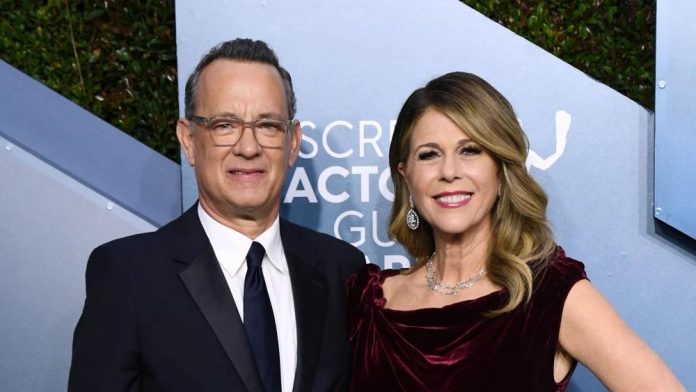 HOLLYWOOD A-listers have rushed to support Tom Hanks and Rita Wilson after they tested positive for coronavirus.The Castaway actor, 63, said the couple started to feel tired and suffered from “body aches” while filming in Australia before the diagnosis.The couple sought medical advice and tested positive for the deadly bug. They are now in isolation in a Gold Coast hospital.After telling Instagram and Twitter about their diagnosis, some of Hollywood’s biggest stars have rallied around Tom and Rita to offer their support.His brother Colin, 42, took to Twitter shortly afterwards to thanks fans for their support.The actor wrote: “We are so grateful for the outpouring of support from everyone.”My parents are receiving excellent care in Australia and are doing well (and in good spirits) given the circumstances.”Despite the fact that I’m in LA and haven’t seen them in over three weeks, we have been in constant contact and am confident that they will make a full recovery.”Tom has been in Australia filming an upcoming Elvis Presley biopic when he started experiencing symptoms of the virus.He said he felt like he had a cold, while his wife Rita, also 63, suffered from chills. They have both tested positive for coronavirus, he said on Instagram.In a statement, he added: “Well, now. What to do next? The Medical Officials have protocols that must be followed. We Hanks’ will be tested, observed, and isolated for as long as public health and safety requires. Not much more to it than a one-day-at-a-time approach, no?'”We’ll keep the world posted and updated. Take care of yourselves!”Tom, a two-time Oscar winner and star of films including Forrest Gump, Saving Private Ryan and The Post, is the highest profile Hollywood figure to be diagnosed with the Covid-19 virus, which is sweeping the world.Moments before Tom posted to Instagram, Donald Trump addressed the US and announced a host of new measures, notably suspending all travel from Europe, excluding the UK, for 30 days starting from Friday.The entertainment industry is also reeling from the outbreak and a host of major events have been cancelled.Source: The Sun