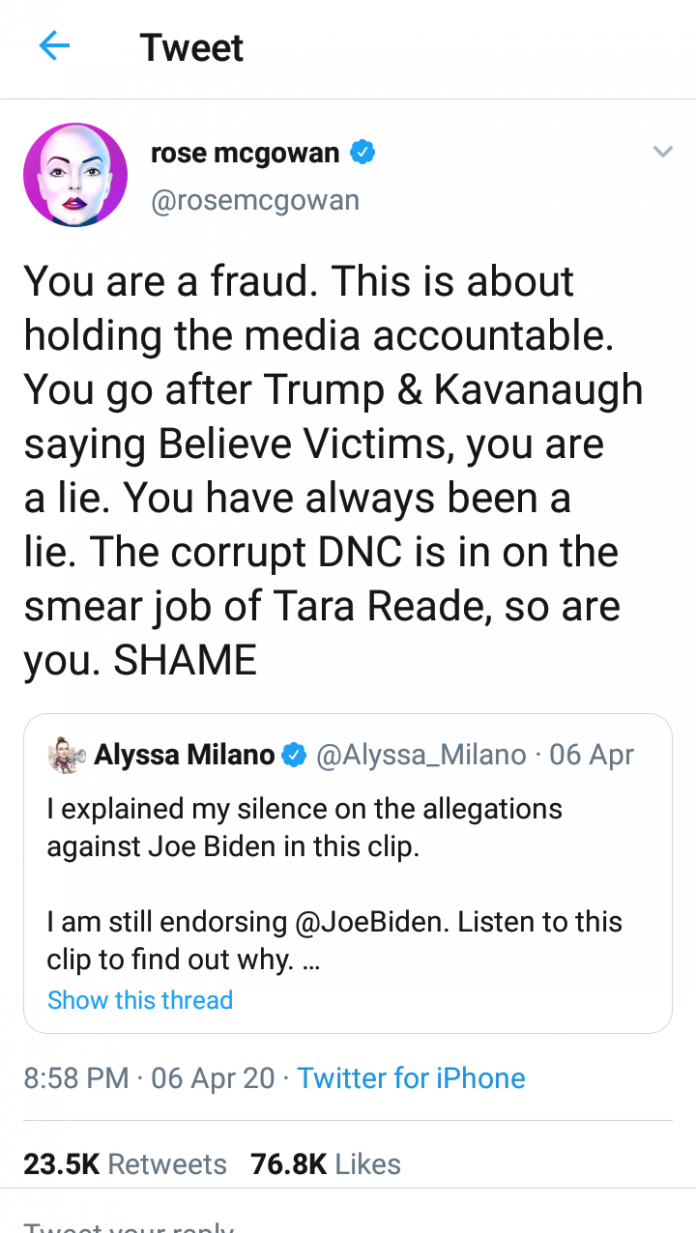 Actress Rose McGowan labeled the Democrats and the media a “cult” amid the credible sexual assault allegations against Democrat presidential candidate Joe Biden.

The actress, who was a leading figure in the #MeToo movement, shared a picture of herself crying to Twitter, captioned: “I’m really sad, and I’m really tired. I normally share thoughts, but tonight it’s emotion.”

“I would have died for this damned country & its ideals. I was raised to be a proud Democrat. When my youngest brother graduated as a fighter pilot at the Air Force academy, I wore a Vote John Kerry pin (lol,) got into verbal altercations with big men who were mad I was a Democrat,” she wrote.

“I thought democracy meant I had a right to choose those who lined up with my value system. But what if there’s no one? Now I know too much. And I feel really quite a sense of loss tonight.

“I am not a cynical person, but America goddamn. Republicans have always been painted as the bad guys, and I’ve always seen them more as a cult, but now I realize so are the democrats and the media. Macro and Micro.

“This is deeper than a cover-up. And I’m sad because there’s death around all corners & shadows in the daytime. It hurts.

In early April, McGowan called out former Charmed co-star Alyssa Milano, a fellow leader of the #MeToo movement, over her endorsement of Biden, despite the graphic and disturbing sexual assault allegations made against him by former staffer Tara Reade.

McGowan called Milano a “fraud” for leading the charge against Justice Brett Kavanaugh yet supporting Biden.