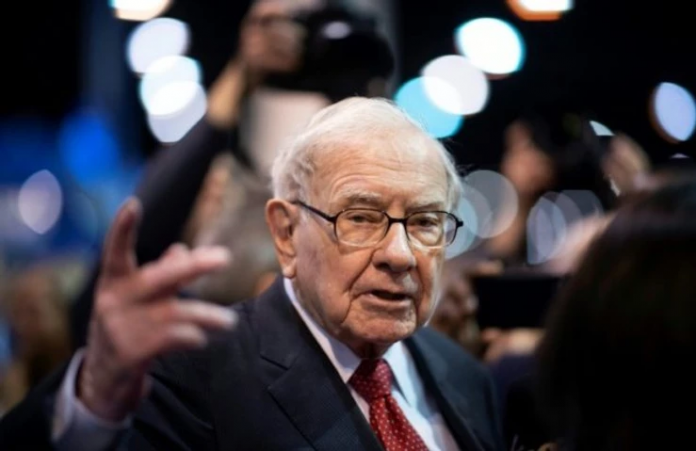 Billionaire investor Warren Buffet said Saturday he’s confident the US economy will bounce back from its pummeling by the coronavirus pandemic because “American magic has always prevailed.”

The 89-year-old made the sanguine prediction about the world’s largest economy as his holding company Berkshire Hathaway reported first-quarter net losses of nearly $50 billion.

Buffett also announced Saturday that his company had sold all its stakes in four major US airlines last month, as the pandemic clobbered the travel industry.

“It turns out I was wrong,” he said of his acquisitions of 10 percent stakes in American Airlines, Delta Air Lines, Southwest Airlines and United Airlines.

Berkshire Hathaway had paid $7 billion to $8 billion, and “we did not take out anything like that,” he said.

Between the purchases that took place over months, and the sale, “the airlines business I think changed in a very major way” and could no longer meet Berkshire criteria for profitability, he said.

Buffett’s announcement may further hurt airlines already pushed to the brink by coronavirus lockdown measures, now looking to the US government for $25 billion in relief funds.

Berkshire Hathaway, based in Omaha, Nebraska, called its first-quarter setback “temporary” but said it could not reliably predict when its many businesses would return to normal or when consumers would resume their former buying habits.

“We’ve faced great problems in the past, haven’t faced this exact problem — in fact we haven’t really faced anything that quite resembles this problem,” Buffett said in a lengthy speech on the country’s economic history.

“But we faced tougher problems, and the American miracles, American magic has always prevailed and it will do so