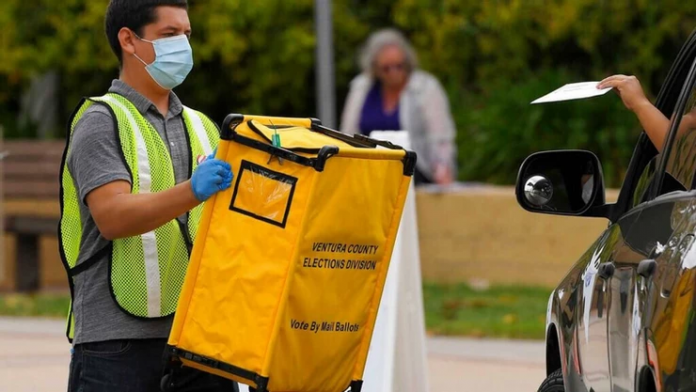 Democrat Christy Smith conceded the special election race for California’s 25th Congressional District to Republican Mike Garcia on Wednesday, marking the first time Republicans will retake a Democratic-held congressional seat in the state since 1998 — and, Republicans said, indicating that enthusiasm for President Trump is strong heading into the 2020 elections.

Garcia, a former Navy combat pilot, had a 12-point edge over Smith, a state assemblywoman, as of late Tuesday night in the contest for the swing-district seat vacated by Katie Hill after her resignation. Trump had declared victory on Twitter early Wednesday morning, but Smith initially held off on acknowledging defeat, as an unknown number of ballots remained uncounted.

“While it’s critical that we ensure every vote is counted and recorded, we believe that the current tally shows Mike Garcia is the likely victor in the May 12 special election,” Smith said in a statement posted to Facebook on Wednesday afternoon. “As such, I’d like to congratulate him.”

Trump lost the district by 6 percentage points in 2016. He went out of his way to promote Garcia in recent weeks as strong on guns and immigration, and some Democrats had hoped he would be a liability in the race. Former President Barack Obama, Hillary Clinton and other high-profile Democrats all lined up behind Smith.

The seat became vacant last year after the resignation of Hill, who stepped down after admitting to an affair with a campaign worker and the House opened an ethics probe into an allegation that she was involved with a member of her congressional staff, which Hill denied.