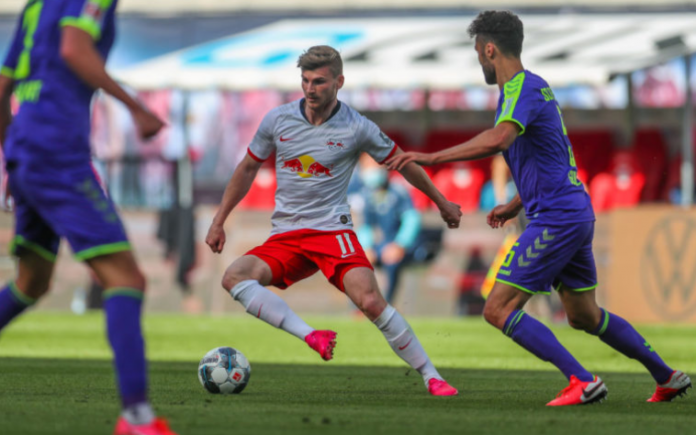 According to the head of German football newspaper Bild, Timo Werner is set to complete his move to Liverpool this summer for a fee in the region of €55m.

Christian Falk, who runs the German news outlet’s football section, has confirmed that he believes a deal to bring Werner to Anfield is all but done.

The transfer would bring to an end one of the longest-running sagas of the summer thus far. Liverpool have courted Werner for some time and Falk believes Jurgen Klopp might have got his man.

“According to our information, the clause is 55million (Euro) as a base value and can grow to 60million if RB Leipzig makes it into the Champions League,” Falk said. (quotes are taken from an interview with lfctransferroom)

“And yes, I think this transfer is happening. Interestingly, Werner now has new social media and marketing agency.”

That marketing agency Falk mentions is also the same agency who represents Jurgen Klopp. All the signs, then, point to the Reds being able to complete a deal soon.

This has rumbled on for some time but Liverpool getting Werner on board is a superb piece of business.

The player has been in superb form over in the Bundesliga, drawing praise from a number of sources. Indeed, teammate Tyler Adams described him as ‘unique’ in a previous interview. In particular, Adams highlighted Werner’s pace as a key attribute.

“He’s absolutely rapid, but that’s not one of the qualities I would say sticks out the most,” Adams said. (ESPN)

Given the speed at which Liverpool attack from wide areas, it looks like Werner is going to be a ready-made fit.