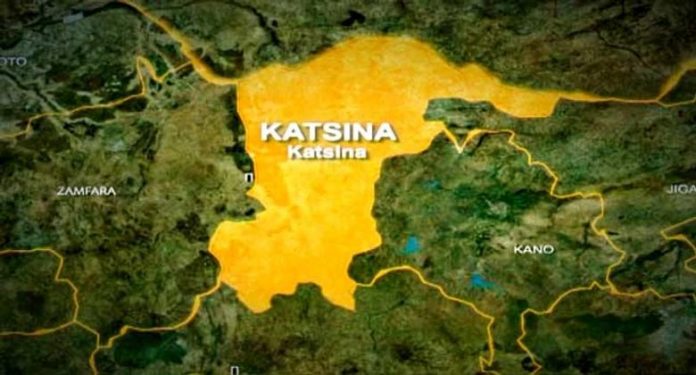 Channels TV gathered that the bandits who were armed with sophisticated weapons arrived in the town at about 4:30 pm on Tuesday riding on over 100 motorcycles.

The attack happened hours after residents of Yantumaki Town in Danmusa Local Government Area of the state took to the streets to protest the rising insecurity particularly kidnapping in their area, following the abduction a man along with his daughter in the early hours of Tuesday.

Security operatives reportedly came to the aid of the residents about three hours after the attackers had left at about 6:00 pm.

The spokesman of the Katsina State Police Command, SP Gambo Isah was yet to respond to inquiries as at press time.

It could be recalled that on Sunday last week, the 55-year-old chairman of the All Progressives Congress in Batsari Local Government Area of the state, Abdulhamid Mamman Sani, was killed by bandits after he resisted them from kidnapping him.

In the meantime, no fewer than 12 district heads operating in the eight Frontline Local Government Areas of Katsina state have reportedly threatened to run away from their respective communities.

A member of the Katsina Emirate Council told Channels Television that the unhappy district heads informed the emir that their lives are in great danger in recognition of the fact that it was just last week that their counterpart in ‘Yantumaki town of Danmusa LGA of the state, Alhaji Atiku Maidabino was killed by bandits.