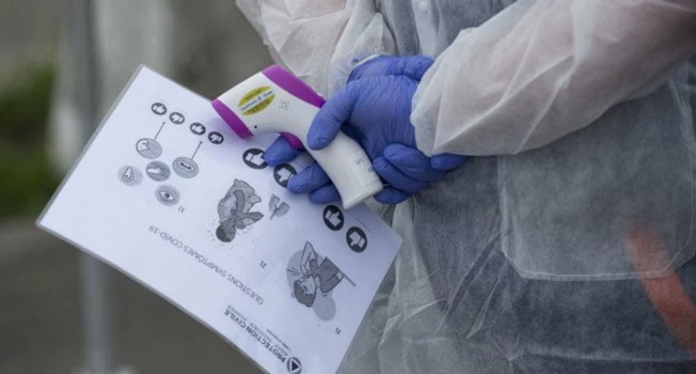 Texas on Thursday halted steps to reopen its economy after a sharp rise in coronavirus cases that threatens to undo earlier efforts to quell the disease.

The number of new coronavirus infections is approaching record daily levels in the US, with more than 35,900 cases recorded in the past 24 hours, according to a tally by Johns Hopkins University.

Texas was among the most aggressive states in reopening in early June after months of lockdown.

“The State of Texas will pause any further phases to open Texas as the state responds to the recent increase in positive COVID-19 cases and hospitalizations,” Governor Greg Abbott’s office announced in a statement.

“The last thing we want to do as a state is go backwards and close down businesses. This temporary pause will help our state corral the spread,” Abbott said, asking residents to wear masks and respect social distancing guidelines.

Abbott is an ally of Donald Trump, but his latest announcement was in stark contrast to the president, who has tried to signal that the virus crisis is largely over.

Three northeastern states that made significant progress beating back the pandemic — New York, New Jersey and Connecticut — on Wednesday urged visitors arriving from US hotspots such as Texas, Florida and Alabama to quarantine themselves.

Several states in the South and West are suffering what White House advisor and top scientist Anthony Fauci described as “disturbing” new surges in infections.