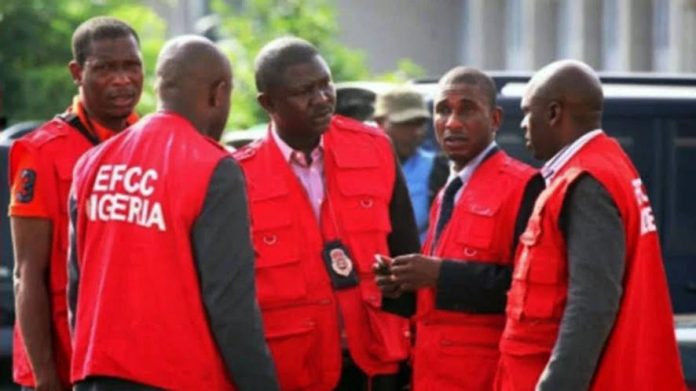 The anti-graft agency said they ought to have reasonably known that the $1.6m, which they allegedly removed from jurisdiction sometime in 2017, “formed parts of proceeds of unlawful activity, to wit: smuggling”.

Ogbonna and Sunchrist Trans Nigeria Limited were also accused of transferring a total of N607.2m, being proceeds of smuggling, to Kur and Sule Enterprises

Jibbo, on his part, was accused of making a cash payment of $52,287 to one Fredrick, “which sum exceeded the amount authorised by law”.

The defendants, however, pleaded not guilty to the charges.

Following a bail application by their counsel, Chuks Nwana, Justice Faji admitted each of them to bail in the sum of N10m with two sureties in like sum.

Among other conditions, the judge barred the defendants from travelling outside the country, with an order that the EFCC should notify the Nigeria Immigration Service about them.

The judge gave them 10 days to meet the bail conditions, failing which they would be remanded in the custody of the Nigerian Correctional Services.