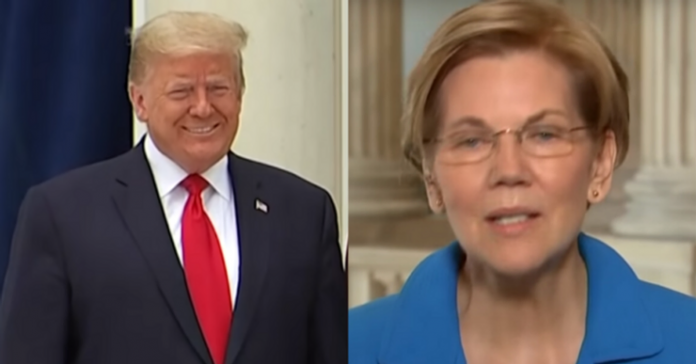 The Supreme Court just gave Trump a big win and Elizabeth warren a huge loss and ruled that the president is free to fire the director of the Consumer Financial Protection Bureau if he wants for whatever reason he wants.

The Consumer Financial Protection Bureau was developed by Elizabeth Warren, then a law professor at Harvard, and was created as part of the Dodd-Frank Act which passed in 2010 in the wake of the last bailout.

“Opening the door for industry to influence the CFPB is not the reason why this agency was created—it was created to stop abusive financial practices that brought us the Great Recession, to strike fear into unscrupulous lenders, and to look after consumers, who need an ally on their side, especially during this COVID-19 pandemic,” Will Corbett, a lawyer for the Center for Responsible Lending, said of the ruling.

The Supreme Court on Monday ruled that the structure of the Consumer Financial Protection Bureau (CFPB) is unconstitutional, striking down the protections that prevented the agency’s director from being fired at will.

The court said in a 5-4 decision that the firing protections are an unconstitutional restraint on the president’s ability to oversee executive branch agencies.

“Such an agency lacks a foundation in historical practice and clashes with constitutional structure by concentrating power in a unilateral actor insulated from Presidential control,” Chief Justice John Roberts wrote in the majority decision, which was joined by his conservative colleagues.

“The agency may therefore continue to operate, but its Director, in light of our decision, must be removable by the President at will.”

The decision renders the agency, which was created to police predatory financial firms in the wake of the recession, much less autonomous, giving the president more authority to pick its leader.