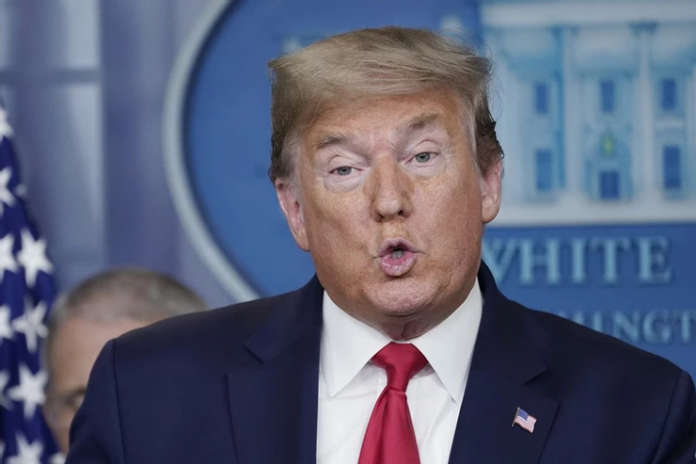 In a White House briefing, Trump defended his decision to promote a viral video of a group of doctors promoting the use of the drug Monday, even though his own administration withdrew emergency authorization for its use against the coronavirus.

“I think they’re very respected doctors,” Trump said, adding they believed in the drug. “There was a woman who was spectacular in her statements about it.” The doctors, members of a group called America’s Frontline Doctors, took part in an event organized by Tea Party Patriots Action, a dark money group that has helped fund a pro-Trump political action committee.

Scientific studies have shown hydroxychloroquine can do more harm than good when used to treat symptoms of COVID-19.

Trump, his son Donald Trump Jr., and others shared video of the event on Facebook and Twitter, prompting both companies to step in and remove the content as part of an aggressive push to keep the sites free of potentially harmful information about the virus — though not before more than 17 million people had seen one version of the video circulating on the web.

The decision to remove the videos sparked conservative claims of “censorship,” with Simone Gold, one of the doctors, tweeting that “there are always opposing views in medicine.”

“Treatment options for COVID-19 should be debated, and spoken about among our colleagues in the medical field,” she wrote. “They should never, however, be censored and silenced.”