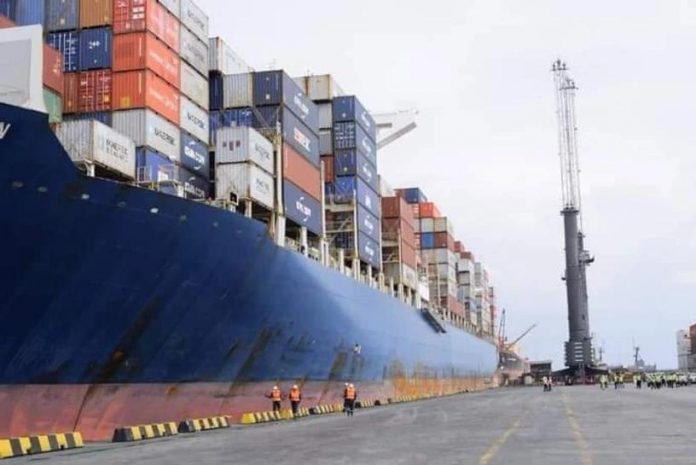 The Nigerian Ports Authority on Sunday announced the berthing of the biggest container vessel to ever dock at a Nigerian port.

General Manager, Corporate and Strategic Communications, Mr. Adams Jatto, made the announcement in a statement in Lagos.

Jatto said the Maerskline Stardelhorn vessel, with length overall of 300 metres, width of 48 metres was received at the Federal Ocean Terminal, Onne, Rivers State, at 16:20 hours on August 15.

He added that the vessel, which had a capacity of 9,971(TEUs) was a flagship from Singapore.

“The vessel, which was brought in from Fairway Bouy Bonny, with the aid of three Tugboats, operated by three of NPA’s pilots was received by the Manager of the Onne Ports, Mr Alhasssan Abubakar.

“NPA is delighted to state that the landmark arrival of the biggest gearless Maerskline vessel at Onne Ports is a result of management’s determination to improve the patronage of the Eastern Ports.

It is an indication of the fact that the Eastern Ports are equipped to receive all manners of vessels and an expansion of the options of consignees in the eastern and northern parts of the country.

“The management of the NPA congratulates its team at Onne Ports

Management also appreciates all stakeholders at the Onne Ports for their cooperation toward seeing that the vessel berthed safely without any challenge.”

Jatto assured that the NPA was committed to ensuring that all ports in Nigeria worked optimally with Nigeria being the economic hub of the West African sub-region.