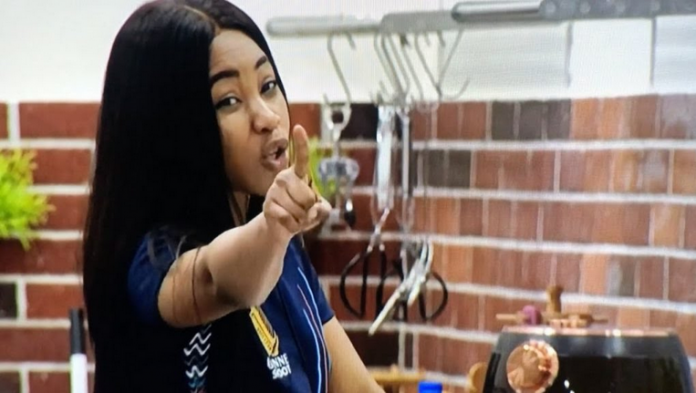 Hours after she had a big face off with Laycon, Erica Nlwedim has been disqualified from Big Brother Naija House.

Her offences were listed as flouting multiple house rules, including defacing Big Brother property and making the same unavailable for the use of another housemate.

The budding actress was involved in a one-sided altercation with fellow housemate and former friend Laycon on Saturday only to get disqualified on Sunday evening . Big Brother also accused her of trying to engage production crew.

In an interview after her disqualification, Erica said BBNaija 2020 would be boring without her.