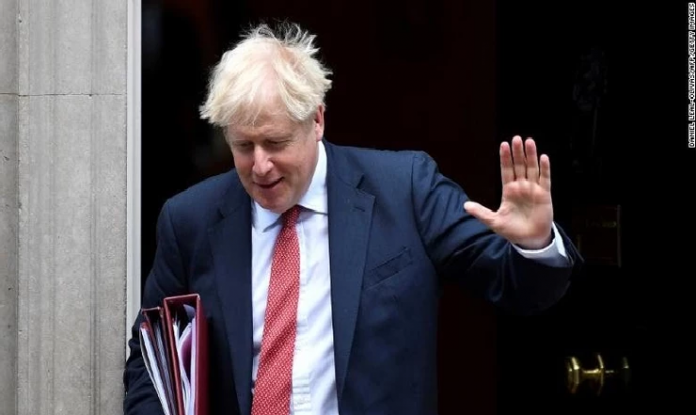 Britain has reached a free trade agreement with Japan, its first with a major economy since leaving the European Union earlier this year.

The UK Department for International Trade said in a statement that the deal with its 11th biggest trading partner was agreed to in principle on Friday and will increase trade between the two countries by about £15.2 billion ($19.5 billion). UK businesses won’t face tariffs on 99% of exports to Japan, including on products such as knitwear, biscuits and coats.

“This is a historic moment for the UK and Japan as our first major post-Brexit trade deal,” said international trade secretary Liz Truss, who touted benefits for the manufacturing, food and drink, and tech industries.

Britain will no longer be covered by a EU-Japan free trade deal when the post-Brexit transition period expires at the end of this year. That deal removed tariffs on European exports, such as cheese and wine, and reduced barriers to Japanese car imports from 2019.

The UK government is now trying to replicate dozens of similar EU trade deals with third countries before its transitional agreement with the bloc expires. If the deals don’t materialize, British companies could face barriers to doing business in most of the foreign markets they serve, starting in January.

The deal with Japan means the United Kingdom has nailed down new agreements worth just 10% of its total trade in 2019, up from about 8% in January, according to Professor L Alan Winters, director of the UK Trade Policy Observatory at the University of Sussex.

The deal is “a benefit, but it’s not a giant leap forward,” said Winters. “It’s not a compensation for what you’re giving up in Europe,” he told CNN Business.

A bilateral trade agreement with Japan could increase UK GDP in the long run by just £1.5 billion ($1.9 billion), or around 0.07%, according to the trade department, compared with an estimated 5.6% reduction in economic growth as a consequence of a no-deal Brexit, which looks increasingly likely. If a UK-EU trade deal were agreed, growth is still expected to decline by about 4.4% in the long run compared to what it would have been had Britain remained part of the bloc, according to Winters.

The UK government has negotiated even lower Japanese tariffs than the EU managed on certain agricultural products, including pork, beef and salmon, but not on Stilton cheese, which will be subject to the same tariffs as under the EU-Japan deal. Trade barriers in areas such as financial services, Britain’s biggest export to Japan, and the digital sector will also be reduced, primarily through increased coordination between regulators.

Japanese car manufacturers including Nissan (NSANF) will enjoy reduced tariffs on parts coming into the United Kingdom and streamlined regulatory procedures, according to the statement.

Other elements of the agreement will make it easier for businesses to move workers between the two countries. For example, an employee transferring from a UK company headquarters to a Tokyo office will be able to bring their spouse and dependents and stay for up to five years.

The total value of trade between the United Kingdom and Japan was just over £29 billion ($37.2 billion) in 2018, making it Britain’s 11th biggest trading partner that year. The United States, China and Switzerland are the only non-EU countries in the top 10, figures from the trade department show.

Carolyn Fairbairn, director general of the Confederation of British Industry, the main business lobby, said in a statement that the deal will be “welcomed by businesses across the country.” “It’s a huge opportunity to secure new Japanese investment across a wider range of sectors and UK regions,” she added.