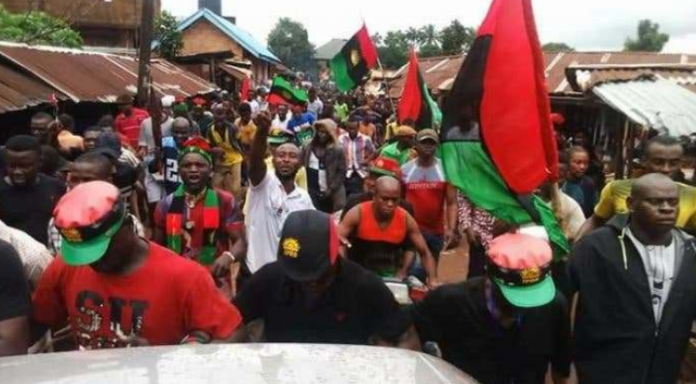 The Rivers State Police Command has declared war against members of the proscribed Indigenous People of Biafra, IPOB.

The state command has moved to arrest and prosecute supporters of the group in the state.

The state Commissioner of Police, Joseph Mukan, in a meeting with DPOs/HODs of the Tactical Units in the Command on Thursday, gave the heads of the units marching order to within the next 48hrs deploy both Intelligence and Patrols across the Command to ensure that the items looted by hoodlums were recovered and perpetrators arrested with immediate effect.

The Public Relations Officer of the state command, SP. Nnamdi Omoni, who disclosed the position of the Police Commissioner in statement, said Mukan further tasked members of IPOB to leave the state of face arrest and prosecution.

Omoni said: “The CP. Joseph Mukan has declared total war against the miscreants who attacked and looted Police Stations in Oyigbo LGA

The CP further warned members of the proscribed Indigenous peoples of Biafra (IPOB) to relocate from the State as machineries have been put in place to fish them out and deal with them as a Terrorist group.

Again the CP for the umpteenth time wishes to reiterate emphatically that Rivers State is not an IPOB State and will deal decisively with any group that carries out activities under that guise or any guise whatsoever.”

“IPOB has been outlawed by both the Federal and State Governments and to that extent is non-existent anywhere else, including Rivers State. Hence Parents and Guardians should warn their Children/Wards to be law-abiding or else bear the full weight of the law.”

He, however, tasked the public to increase their security consciousness and report any suspicious character or the whereabouts of any of the looted property to the nearest Police Station.