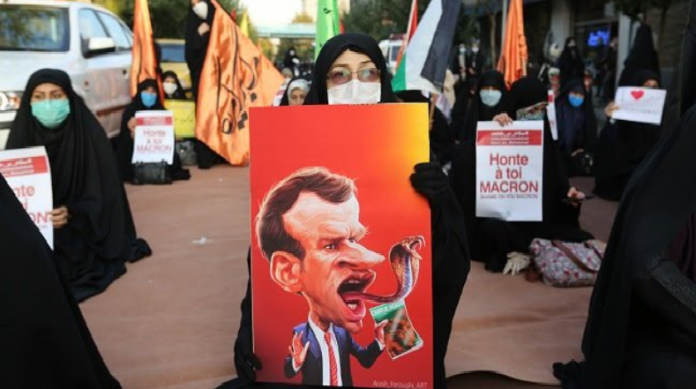 The head of a UN anti-extremism body expressed “deep concern” Wednesday about growing tensions over satirical cartoons of the Prophet Mohammed, urging “mutual respect” between people of different faiths and political views.

The statement by Miguel Angel Moratinos — who heads the United Nations Alliance of Civilizations — follows growing anger in the Muslim world over France’s response to the beheading of a teacher who had shown his pupils the images as part of a class on free speech.

President Emmanuel Macron has vigorously defended the publication of cartoons depicting the Prophet Mohammed on free speech grounds, sparking angry protests across swathes of the Muslim world and campaigns to boycott French products.

The UN High Representative “is following with deep concern the growing tensions and instances of intolerance triggered by the publication of the satirical caricatures depicting Prophet Mohammed,” according to the statement.

“The inflammatory caricatures have also provoked acts of violence against innocent civilians who were attacked for their sheer religion, belief or ethnicity,” Moratinos said in the statement, without explicitly referring to Macron’s defense of the images.

“Insulting religions and sacred religious symbols provoke hatred and violent extremism leading to polarization and fragmentation of the society,” he warned.