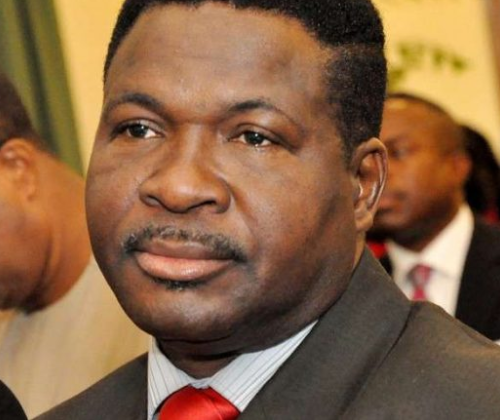 Rights activist, Mike Ozekhome(SAN) has said by arresting, prosecuting and freezing the bank accounts of #EndSARS protesters, the Federal Government was defeating the purpose of setting up states’ panels of inquiry into the youths’ protests that swept across the country.

Ozekhome said by taking such steps, the government had pronounced #EndSARS youths guilty even before the panels made their findings.

In the wake of the #EndSARS protests, through which youths asked for reforms, including better welfare for policemen, security agents went after the peaceful protests’ promoters, with some saying their bank accounts were blocked by the Central Bank of Nigeria, CBN.

While justifying what the government did, on Channels TV programme, Politics Today, Sunday,  Senior Special Assistant to the President on Media and Publicity, Mallam Garba Shehu, said those who promoted the protests and allowed it degenerate into chaos must be made to face the full wrath of the law.

Shehu added that the country had been harmed by the #EndSARS protests.

His words: “Everyone witnessed the massive looting of public and private properties, particularly in Lagos, Calabar, Plateau, Taraba and some other states, even the FCT.

“Now, the laws of the country must be allowed to decide, to rule on wrongdoing on the part of just anybody.

“I am not particular about any celebrity or promoter, but this country has been harmed enormously and people should be prepared to account for what they did.”

However, faulting the Federal Government’s moves to prosecute the promoters of the #EndSARS protests, Ozekhome said if the government had nothing to hide, it would allow the various panels of inquiries finish their work and present their findings for discussion at the national level.

Ozekhome said: “If the government at the centre is taking this kind of decision, what happens to the various panels and commissions set up by state governments?

“What will be the consequence of the findings of those commissions of inquiries? Will the government not be unduly interfering with the activities of those panels by obviously working from the answer to the question?

“Will those panels not be readily duty-bound to agree with the position of the Federal Government in a country where all governors defer to the President like in a monarchy?

“These are some of the questions that state governments have to ask before taking further steps.

“If it has nothing to hide, the Federal Government should make haste slowly and allow the various states to do their work because we are operating a federal system of government.

“At the end of the various panel sittings, when the governors meet at their state council meetings, they can then present the finding and discuss the issue at the national level.

“But if the government begins to take proactive steps such as blocking the account of the protest sponsors, arresting the protesters and arraigning them, then the government has already pronounced them guilty even before the panels make their findings,” Mike Ozekhome added.