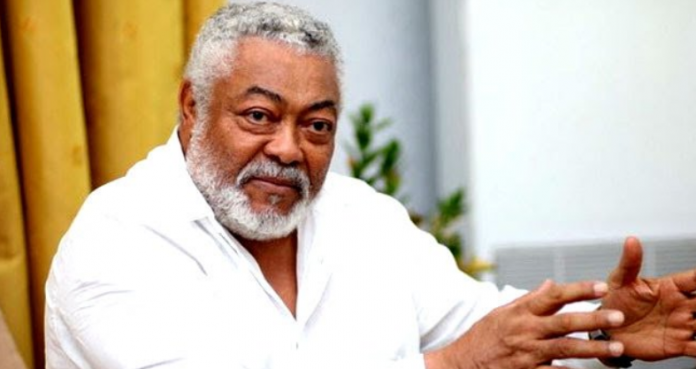 President Muhammadu Buhari has condoled with the Ghanaian government and its people over the death of the country’s former President, Jerry Rawlings.

In a statement on Thursday by his Special Adviser on Media and Publicity, Femi Adesina, President Buhari affirmed that the entire African continent would sorely miss the sterling qualities of the great leader.

The news of former President Rawlings’ death emerged on Thursday. He is suspected to have died from COVID-19 complications at the Korle-Bu Teaching Hospital in Accra, Ghana’s capital.

In his tribute, President Buhari believes the passion, discipline, and moral strength that the former Ghanaian leader employed to reposition his country over many years have continued to reverberate across the continent and beyond.

He noted, with commendation, the unique role Rawlings played in strengthening political institutions in Ghana and Africa, stimulating the economy for sustainable growth, and vocally championing the African cause by urging many leaders to work towards interdependency on the global stage, especially in areas of competitive advantage.

President Buhari joined the family, friends, and associates of the former Ghanaian leader in mourning his departure.

He gave an assurance that the ideas that Rawlings postulated, particularly for development in Africa, and his sacrifices in working in various countries as an envoy for peace and democracy, would always be remembered.

The President prayed that God would grant the Ghanaian leader eternal rest and comfort all his loved ones.

Rawlings, aged 73, was a Flight Lieutenant in the Ghanaian Air Force who rose to power following a coup détat in 1979.

He later handed over the country’s leadership to a civilian government but took control again in December 1981 as Head of State.

Rawlings resigned from the military and became the first President of Ghana’s Fourth Republic in 1992, and was re-elected to lead Ghana for another four years in 1996.