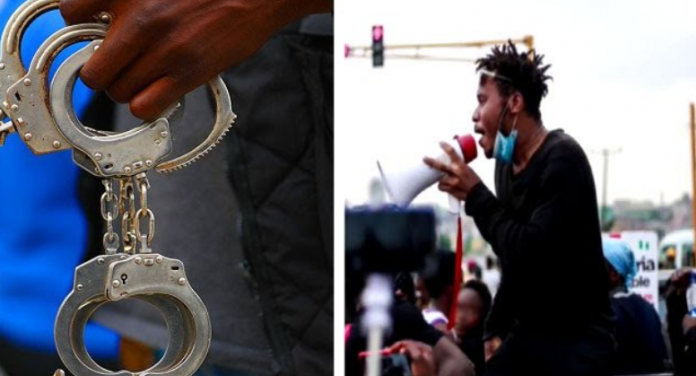 It is a tortuous journey for Eromosele Adene, an #EndSARS protester, as he will be arraigned before a Chief Magistrate in Lagos on Tuesday.

The embattled youth was arrested in Lagos on November 7 by the police and whisked to Abuja, the nation’s capital days later.

Eromosele is charged with allegations of aiding the #EndSARS protest in Lagos.

The case was initially scheduled to hold on Monday on allegations of financial support to the youth protest that was later hijacked by hoodlums in some states in the country.

His sister, Onomene, had explained that she was used as bait by a group of security operatives to get to her brother.

Onomene, who was a guest recently on Channels Television’s Sunrise Daily, said she got a call from a man who claimed to be a former church member and who had a parcel to deliver to her father who is the pastor of the church.

On getting to the meeting venue, she stated that she could not figure out the man’s face, and as she approached him, she discovered that the parcel was not what the man claimed it was.

Eromosele’s sister added that they were later joined on the spot by more policemen before she was asked to take them to their house where the embattled protester was arrested.

She condemned the arrested of her brother and called for his release, saying he has a liver infection, and his continued detention was harmful to his health.