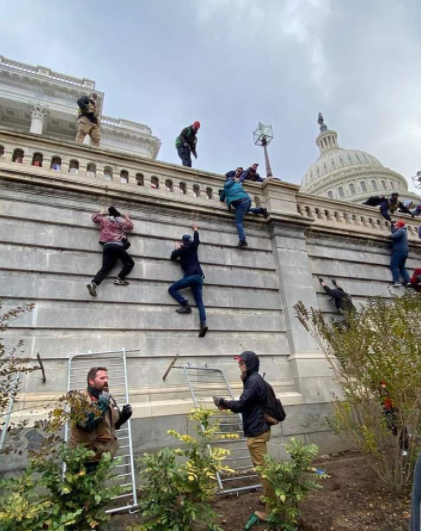 Thousands of President Trump’s supporters are in Washington for rallies Wednesday to falsely assert that the presidential election was stolen from him. The demonstrations turned violent as many in attendance saw them as a last stand for Trump on the same day that Congress votes to certify that President-elect Joe Biden won the election.

Trump — who lost the popular and electoral college vote — continues to dispute the results, without evidence, and has encouraged his supporters to attend the rallies. He took the stage about noon to roaring crowds, claiming he had won the election.

Later at the U.S. Capitol, throngs of people pushed past police who were trying to block them from entering the building as lawmakers inside debated the certification of the presidential election. A mob was able to breach security and successfully enter the building.