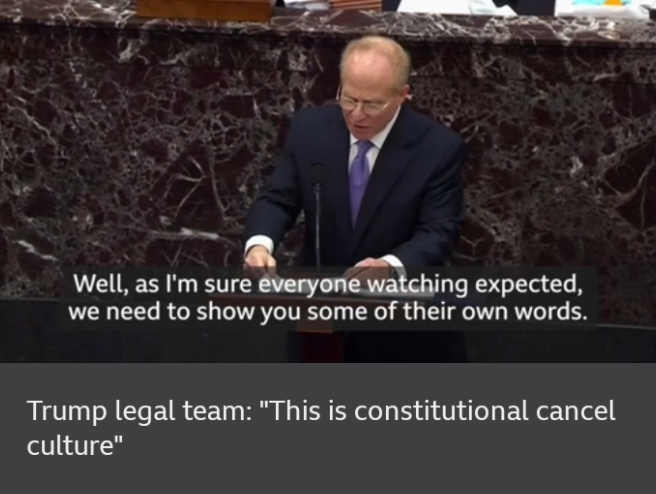 The US Senate has fallen short of the two-thirds majority needed to convict former President Donald Trump on a charge of incitement to insurrection over the Capitol riot on 6 January.

A majority of senators – 57 to 43, including seven Republicans – voted to convict Mr Trump, 10 votes short of the 67 required for conviction.

After his acquittal, Mr Trump released a statement denouncing the trial as “the greatest witch hunt in history”.

This was Mr Trump’s second impeachment.

If he had been convicted, the Senate could have voted to bar him from running for office ever again.

After the vote, the senior Republican in Congress, Senator Mitch McConnell said Mr Trump had been “responsible” for the assault on the Capitol and called it a “disgraceful, disgraceful dereliction of duty”.

Earlier, he voted against conviction, saying it was unconstitutional now that Mr Trump was no longer president. Mr McConnell was instrumental in delaying Mr Trump’s trial until after he left office, on 20 January.

However, Mr McConnell warned Mr Trump could still be held liable in court.

“He didn’t get away with anything yet. Yet. We have a criminal justice system in this country, we have civil litigation and former presidents are not immune from being [held] accountable by either one,” he said.

What happened on Saturday?

In their closing statements, the Democratic House of Representatives lawmakers appointed to shepherd the process through the Senate warned that it would be dangerous to acquit Mr Trump.

“The stakes could not be higher because the cold, hard truth is that what happened on 6 January can happen again,” Representative Joe Neguse said.

“History has found us. I ask that you not look the other way,” Representative Madeleine Dean said.