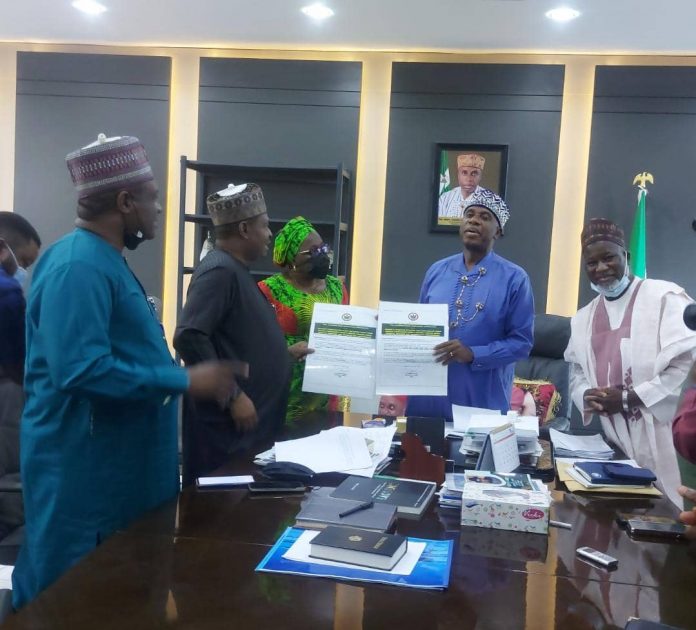 Abuja – The Minister of Transportation, Rt Hon. Chibuike Rotimi Amaechi has directed the Nigerian Railway Corporation (NRC) to handover tickets and passengers identification to Secure ID, the company in charge of the E-Ticketing platform for Abuja-Kaduna rail service, to reduce crime and avoid security crises on the route.

Amaechi disclosed this when the Infrastructure Concession Regulatory Commission (ICRC) presented the Full Business Case Certificates (FBC) for Lagos-Ibadan and Itakpe-Warri E-Ticketing service to the Ministry of Transportation, Wednesday.

According to him, the introduction of the E-Ticketing platform for Abuja-Kaduna had increased the generated revenue from about 100million Naira to 400million Naira monthly,  successfully blocking revenue leakages.

“The benefits of the E-Ticketing is that we rose from 100million Naira to 400 million Naira per month, which is an improvement, we have been able to do something that will eliminate leakages.

“On the issue of  ticket racketeering, I have spoken to the person in charge of Abuja-Kaduna to take over the identification process from NRC. Because what the National Assembly told me was that NRC doesn’t cross-check the ID of passengers on the tickets, and the ticketing company had wanted to do it, but they have not gotten the approval from NRC.

“So I have told NRC to allow them do it, so that we match faces with the names. It’s not all about crime alone but it’s also security. So if we release it to the technology outfit, eventhough we cannot eliminate 100 percent crime and corruption, it will reduce the danger of having to run into security crises, so that we know that what we are battling with is not crises in our terminals but on the way and I believe that, that also will be sorted out as we go to cabinet for approval of the security gadgets.”

Earlier, Mr. Michael Ohiani, the Acting Director-General of the ICRC said that the concession is for ten years which will generate over 140 billion Naira during the period and also create over 3000 direct and indirect jobs.

“The concession is for ten years,  it is going to generate over 140billion Naira to the Federal Government,  most importantly it will also create job opportunities for over 3000, direct and indirect jobs.

“The next phase is for the Honourable Minister to take it to the Federal Executive Council for approval and the Ministry of Justice will now clear it,” Ohiani said.