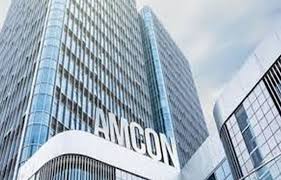 Abuja – The Assets Management Corporation of Nigeria, (AMCON) is currently overwhelmed in debt and enormous operational difficulties putting it in dilemma over what to do with the current state of Arik Air Limited which it acquired five years ago.
AMCON took over the airline in February 2017 and appointed Kamilu Omokide as its Receiver Manager with the mandate to turn around the fortunes of the ailing Africa’s biggest private carrier within a short period of time.
Arik Air which had up to thirty serviceable aircraft with about three thousand workforce at its peak was down to ten airplanes as at December 2017 and was unable to operate flights due to mounting debts both local and foreign.
The debt profile at the time of the AMCON acquisition was put at N300 billion comprising of foreign and local debts with a backlog of unpaid staff salaries and aviation statutory charges. Total foreign debts as reported totaled $51 million with that of Lufthansa Airline put at $47 million.
The mandate of the Receiver Manager was to reposition the airline and put it on the part of recovery within a period of time but after more than 5 years down the line,, Arik rather than improve , has further nose dived from the ten aircraft AMCON inherited in 2017 to three epileptic aircraft and a downsized unmotivated workforce of six hundred.
More precarious is the inability of AMCON to address the mounting debt profile it inherited at take over of Arik though it was able to pay recurrent debts according to the submissions of the Receiver Manager, Mr Omokide during a meeting with the House of Representatives Committee on Aviation headed by Honourable Nnolim Nnaji early this year.

The committee had summoned AMCON, the Receiver Manager, heads of aviation agencies and the unions based on petitions by Association of Nigerian Aviation Professionals, (ANAP) and the Nigerian union of pensioners, (NUP) and ANAP had petitioned the committee to prevail on the Nigeria Civil Aviation Authority, (NCAA) not to issue air operator’s certificate, (AOC) to Nigeria Eagle Airline being floated by AMCON based on the mountain of debts owed the Aviationa agencies.
AMCON at the meeting claimed that the debts Arik owed both Aviation agencies and other creditors would be classified as bad debts and would not be paid but the union countered the Receiver Manager who made the proposition on behalf of AMCON on the ground that the majority of the debts owed the agencies were statutory taxes which include ticket sales task, (TST) and passenger service charge, ( PSC) which Arik collected on behalf of the agencies from travelers.

The union equally stressed that Arik also owed separately, billions of naira to the Nigeria Airspace Management Agency, (NAMA) for navigational and communication services provided to its flights and the Federal Airports Authority of Nigeria, (FAAN) for landing parking charges as well as other sundry charges which included office rents across its airports.
Experts also believed that the planned Nigeria Eagle Airline was dead on arrival as both local and foreign creditors would have slammed it out of existence with several litigations to recover their money so long as Arik aircraft and and assets were to be inherited by the Nigeria Eagle to serve as AMCON equity to the new airline.
The Receiver Manager of Arik, Mr Omokide had tried to convince the committee on aviation that the floating of Nigeria Eagle was a nondestructive exit plan considered better than outright liquidation since his job as Receiver Manager was not supposed to last this long.
Aviation experts suggest that the best option would be to outrightly liquidate the airline if the The Eagle Airline would not inherit the liabilities of Arik after acquisition of its assets because the creditors would never allow it.
They opined that if the Nigeria Eagle was taking over the assets of Arik, it should not ignore the liabilities and advised AMCON to outrightly liquidate Arik to save it from foreseeable embarrassments that would follow in form of multitude of litigations from aggrieved creditors.
Recently, the AMCON announced the additional debt overhang of over $50 million on the Eagle Airline due to failure of the NCAA to issue it with air operator’s certificate, (AOC) so in other to save AMCON further indebtedness experts said it would be advisable to immediately liquidate Arik.