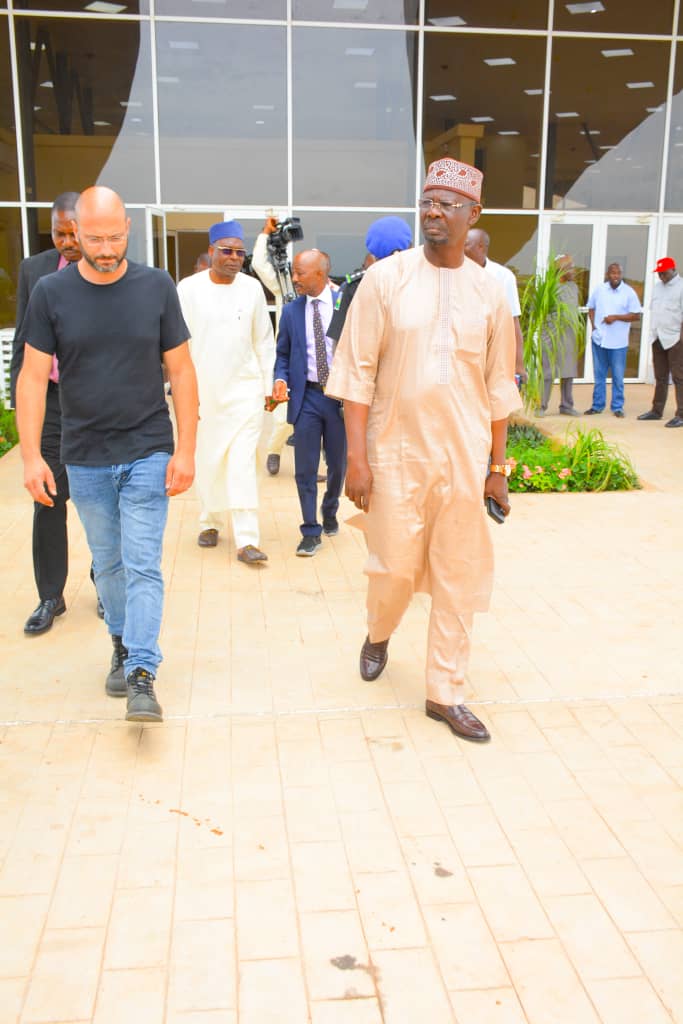 Lafia – Engineer Sule of Nasarawa State has said the state is ready and prepared to host its inaugural investment summit scheduled for tomorrow and next.

Engineer Sule stated this on Tuesday, shortly after inspecting the Lafia airport ahead of the arrival of the former Ghanian president, John Dramani Mahama.

Dramani is expected to fly into Lafia, the Nasarawa State capital later in the day.

Chatting with the Government House press crew shortly after inspecting the airport, Engineer Sule emphasized that his administration is ready to host the investment summit and that Nasarawa State has made all the preparations to be able to host investors and to show investors the way, opportunity and prospects that exist in the state, so that they can invest.

The Governor explained that unlike what most people frequent, the summit being hosted by Nasarawa State is not economic but an investment summit, with the people being invited being investors that will directly invest in the areas of mining and agriculture.

“Usually, people just go and attend economic summits but ours is a little different. It’s not an economic summit, it’s actually an investment summit. The people we are inviting are people that are investing directly in the areas of mining and agriculture. That’s the main focus of our approach,” Engineer Sule stated.

He explained however that, other investors will also participate in the summit since there are several areas in Nasarawa State with prospects and potentials, especially in housing development, health care, education, amongst others.

The Governor used the opportunity to appreciate the organising committee for the summit, top government functionaries, management and staff of the Nasarawa State Investment Development Agency (NASIDA), for all the efforts put in place towards hosting the investment summit.