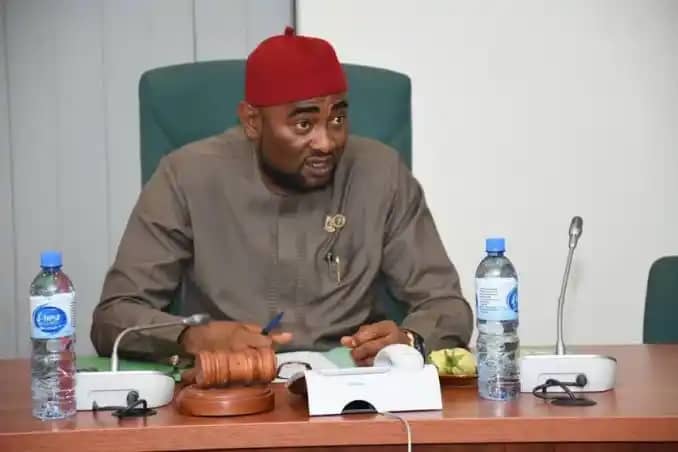 Abuja – Honourable Prince Cornelius Nnaji has been renominated by his constituents to fly the People’s Democratic Party (PDP) flag in the 2023 National Assembly election.

Honourable Nnaji who is currently the Chairman House of Representatives Committee on Institutional Reforms and Freedom of Information, (FOI) represents Enugu East/Isi Uzo Federal Constituency in the Green Chambers of the National Assembly.

He polled 73 votes to defeat his opponent, Engineer George Ugwu who managed to secure 3 votes on Sunday’s PDP primary election

The wide margin according to the Chairman of Isi Uzo Local Government, Barrister Obiora Obeagu was a proof of the trust reposed on him by the people of Enugu East/Isi Uzo Federal Constituency.

“We believe in his quality representation in the House and that’s why our people have overwhelmingly endorsed his recommendation”. Barrister Obeagu further stressed.

Honourable Nnaji within the last three and half years in the House of Representatives, has attracted several impactful projects to the benefits of his constituents.

He has also engaged several youths as personal staff who are handsomely remunerated directly from his earnings monthly.

Rep Nnaji has also assisted others to secure employments in public service while some have as well benefited from his empowerment programmes.

Honourable Nnaji who was emotionally touched by the overwhelming supports from his constituents promised to redouble his efforts if he eventually wins his return bid at the general election.