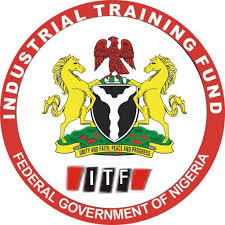 The management of the Industrial Training Fund, (ITF) has stated categorically that ITF does not sponsor student abroad and appealed to media practitioners to verify their stories before going to press.

The ITF management made the clarification while reacting to publication by some Online Newspapers to the effect that the fund is sponsorship Nigerian students abroad.

According to the statement signed by the personal Assistant to the Director General of ITF, Abdul lateef Taiwo made available to newsmen, the ITF management described the said publications as unfounded and handiwork of mischief makers.

The reaction was coming against the backdrop of the listed names of Nigerian public civil servants and institutions for picketing by Nigerian Labour Congress (NLC) as part of it’s two-day solidarity strike wherein ITF was mentioned.

The statement reads in part:

The attention of the management of the Industrial Training Funds has been drawn to an online publication alleging that the Nigeria Labour congress, NLC as part of its two-day solidarity strike with members of the Academic Staff Union of Nigeria University, ASUU, has listed names of Nigerians and public civil servants and institutions for picketing.

Our initial reaction was to dismissed the mentioning of the Industrial Training Funds, (ITF) in the purported press statement credited to NLC, but that may further strengthen and serve as a basis for mischief makers whose ignorance could be taken for a fact.”

Established in 1971, the Industrial Training Fund has operated consistently and painstakingly within the context of its enabling laws Decree 47 of 1971 as Amended in the 2011 ITF ACT.

The objective for which the Fund was established has been pursued vigorously and efficiently. In the four decades of its existence, the ITF has not only raised training consciousness in the economy, but has also helped in generating a corps of skilled indigenous manpower which has been manning and managing various sectors of the national economy.
Over the years, pursuant to its statutory responsibility, the ITF has expanded its structures, developed training programmes, reviewed its strategies, operations and services in order to meet the expanding, and changing demands for skilled manpower in the economy.
“In line with the mandate the industrial training fund does not sponsor or offer scholarship to foreign students or any Nigeria schooling abroad, rather it collaborates with other supervisory institutions like the National Board for Technical Education, (NBTE) and the Nigeria University Commission (NUC) in the area of Technical and Skill acquisitions that are in line with the mandate.”
“As part of its responsibilities, the ITF provides Direct Training, Vocational and Apprentice Training, Research and Consultancy Service, Reimbursement of up to 50% Training contribution paid by employers of labour registered with it and administers the Students Industrial Work Experience Scheme (SIWES).

It also provides human resource development information and training technology service to industry and commerce to enhance their manpower capacity and in-house training delivery effort.
The main thrust of ITF programmes and services is to stimulate human performance, improve productivity, and induce value-added production in industry and commerce. Through its SIWES and Vocational and Apprentice Training Programmes, the Fund also builds capacity for graduates and youth self-employment, in the context of Small Scale Industrialization, in the economy.
The Industrial Training Fund is a grade ‘A’ Parastatal operating under the aegis of the Federal Ministry of Industry, Trade and Investment. It has been operating for 50 years as a specialist agency that promotes and encourages the acquisition of industrial skills.
Continuing , Abdul Lateef , while appealing to media institutions and practitioners whom he described as partner in progress tasks the media not to allow it selves to be used to mislead the public.
The management therefore re-emphasized that it does not sponsor student abroad, appeal to media practitioners to verify their stories before going to the press.
As an institution the ITF like any other Government Agency, parastatals are open to scrutiny, as statutory agency which books are subject of verifications and auditing by the office of the Accountant General of the Federation, (OAGoF), and the Auditor General of the Federation, (AGoF) and budgetary by the National Assembly.