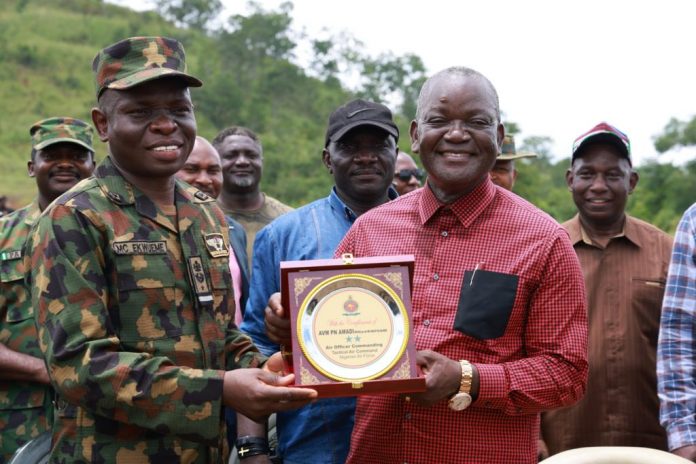 Benue State Governor, Samuel Ortom has called on the Federal Government to ensure proper funding of security agencies for the protection of lives and property in the country.

The Governor emphasised that security of lives and property is the paramount thing that any responsible government will accord priority, stating that without security there would be no peace or socio-economic development.

This was contained in a statement signed by the Chief Press Secretary to the Governor of Benue State, Nathaniel Ikyur made available to Peionews in Abuja.

According to the Governor, “issues of capacity building, manpower, training, funding and providing equipment for security agencies should be considered very key.

“If we can suspend every other thing and concentrate on restoring security in our country, I believe that we will gain more than allowing insecurity to consume us,” he stressed.

The Governor said that adequate funding of security agencies should be a priority, insisting that “no reason should be given for inadequacy of funding.”

He maintained that “If the funding will require all the three tiers of government to collaborate as we have done so before by jointly providing 1 Billion Dollars for the procurement of weapons, which has not been accounted for, they should let us know.”

Governor Ortom further pointed out that the manpower of the security agencies is grossly inadequate, and called on the Federal Government to give serious attention to recruiting more security personnel “so that they will be enough to handle any form of security challenges,” he stated.

The Governor also acknowledged the sacrifices the security agencies are making in securing the state noting that “I am aware that from the year 2017 to date, more than 120 security men and women have paid the supreme prize, but I am happy you are not discouraged.”

The Governor who participated in the ceremonial shooting exercise along with some top government officials, thanked the Nigerian Air Force for inviting him to the ceremony, which he said had exposed him to the real challenge the security men face in the battlefield.

He presented a plaque to the Governor and congratulated him for hitting the bullseye target in the range shooting exercise.