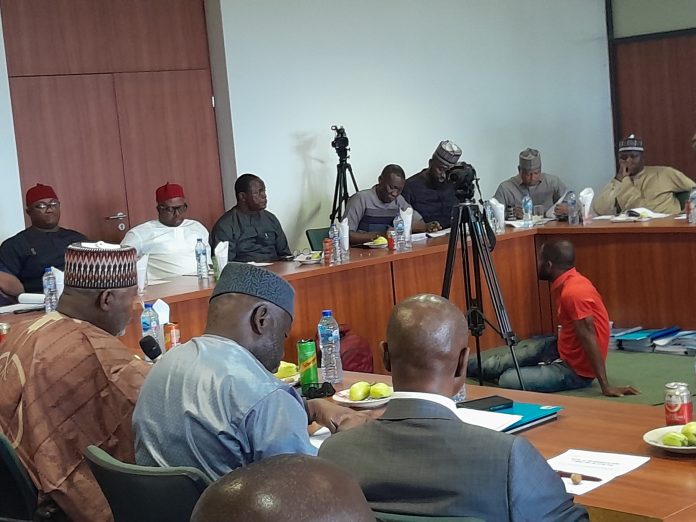 The House of Representatives Committee on Aviation headed by Honourable Nnolim Nnaji has asked the Ministry of Aviation to furnish it with the actual financial value of the 49 percent equity being ceded to the Ethiopian Airline in the proposed Nigeria Air Limited.

The Committee made the demand during a metting with the Minister of Aviation Senator Hadi Sirika and the representatives of the Airline Operators of Nigeria, (AON) which had expressed concerns over the structure of the planned national carrier.

The Minister had in his submissions disclosed that the Ethiopian Airline would hold 49 percent shares while the Nigerian Government and the Nigerian public would retain 5 percent and 46 percent equities respectively.

The Minister also informed the committee that the 49 percent shares would be held by a Consortium being spearhead by Ethiopian Airline.

On the issue of the value of the shares, Senator Sirika assured the committee that the full busines case, (FBC) which would be out in six weeks time would spell out the details of the shares.

The Chairman of the Committee, Honourable Nnaji had equally stressed that the essence of the interaction was to ensure that Nigerians were not shortchanged.

The committee equally urged the Minister to ensure that the members of the Airline Operators of Nigeria that were willing to acquire shares in the national carrier were accommodated.

” You must also ensure that the Nigeria Air when established will not have undue advantage over the local airlines” the committee stressed urging the Nigeria Civil Aviation Authority, (NCAA) to ensure a level playing ground for both the national carrier and the other indigenous airlines.