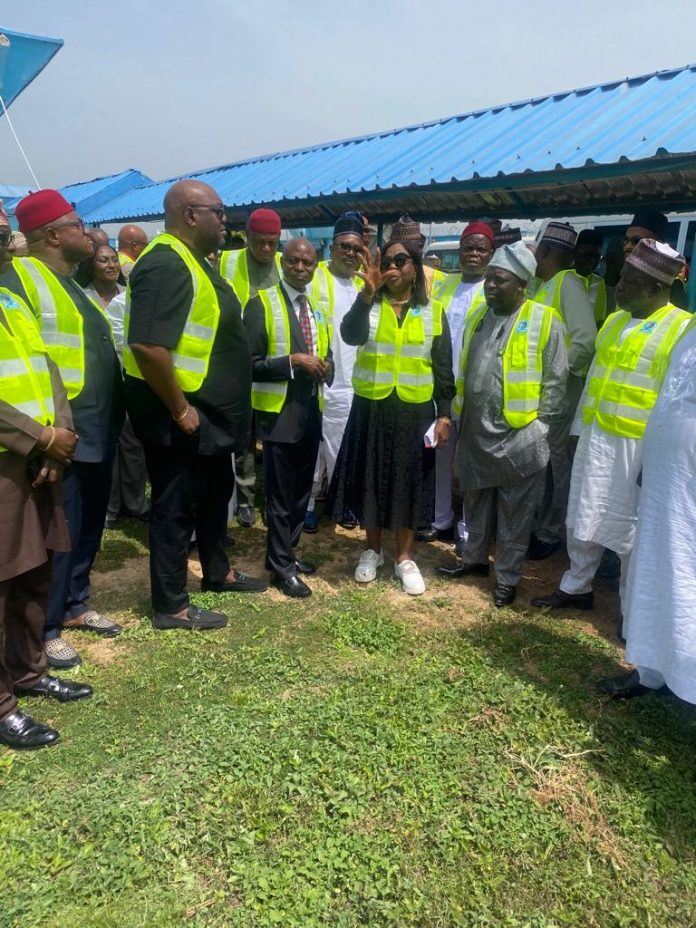 The National Assembly joint committees on aviation have emphasized the need for adequate funding of the sector to enable it cope with the increase in demands for air travel.

The two chairmen of the committees of Senate and House of Representatives, Senator Abiodun Olujimi and Honourable Nnolim Nnaji made the observation during an oversight working visit to the Accident Investigation Buteau, (AIB) and the Nigerian Airspace Management put enormous pressures on the existing aviation infrastructures which required that more investments should be made in the sector.

Both chairmen specifically pledged to look into the alleged exclusion of the Nigerian Airspace Management Agency, (NAMA) in the 2023 Federal Budget to see what could be done to redress it.

The Managing Director of the Nigerian Airspace Management Agency, Mathew Pwajok had in his welcome remarks appreciated the committees of both Chambers of the National Assembly for their interest and concerns on matters affecting the aviation industry.

He acknowledged their swift passage of the six Executive Bills on the industry as a true reflection of their commitment to the progress of the air transport sector in the country.

At the AIB the members of the joint committees were impressed with the progress so far made in the upgrade of facilities and manpower at the bureau which has led to the reduction of accidents in the country to the barest minimum.

Honourable Nnaji, the House Committee Chairman stressed that members were impressed that for the past seven years now, the country had not recorded any fatalities apart from the helicopter accident which occurred at Opebi in Lagos early 2022.

The Commissioner, Accident Investigation Bureau, Engineer Akin Olateru had informed the legislators during his welcome remarks that the drastic reduction in aircraft accidents in the country has brought down the insurance premiums paid on operating aeroplanes in Nigeria

According to the Commissioner, the high safety records so far achieved by the country in the last couple of years have brought the insurance premiums on wide body aircraft from $800,000 a year to between $150,000 and $200,000.

He also informed the two committees of the National Assembly that the Bureau has set the pace in air safety in Africa by establishing the first training institution for accident investigators in the continent.