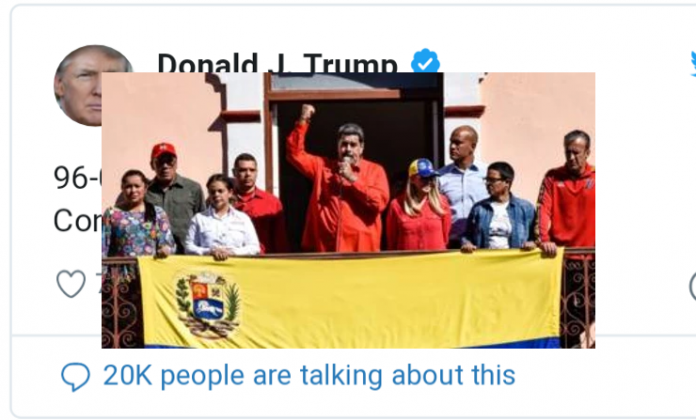 The US has charged Venezuela’s President Nicolás Maduro and other senior officials in the country with drug trafficking crimes.

The move, which will increase tensions between the two nations, was announced by Attorney General William Barr.

The US also offered a $15m (£12.5m) reward for any information leading to Mr Maduro’s arrest.

It has long accused him of leading a corrupt and brutal regime, a charge he has repeatedly rejected.