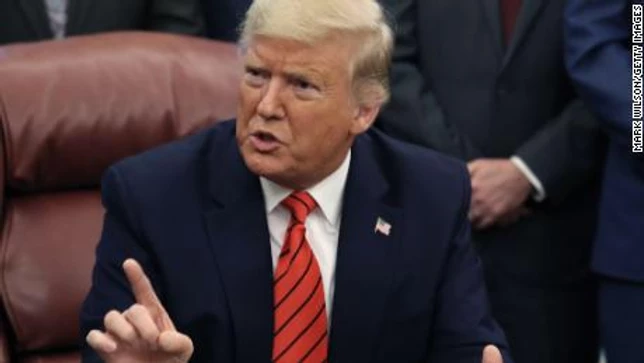 Flanked by Attorney General Bill Barr, President Trump signed an executive order in the Oval Office on Thursday that interprets Section 230 of the Communications Decency Act of 1996 (CDA) as not providing statutory liability protections for tech companies that engage in censorship and political conduct.

The president’s order, which also cuts federal funding for social media platforms that censor users’ political views, came just two days after Twitter took the unprecedented step of slapping a “misleading” warning label on two of Trump’s tweets concerning the fraud risks of nationwide mail-in balloting. The move immediately backfired: Experts disputed that Trump’s tweet was actually misleading, in part because mail-in balloting has been linked to ongoing fraud; Twitter’s fact-check itself contained false statements; and Twitter failed to apply the standard of review to other users.

“My executive order calls for new regulations under Section 230 of the Communications Decency Act to make it so that social media companies that engage in censoring any political conduct will not be able to keep their liability shield,” the president said.

He added: “My executive order further instructs the Federal Trade Commission (FTC) to prohibit social media companies from engaging in any deceptive acts or practices affecting commerce. This commerce resides in Section 5 of the Federal Trade Commission Act. … Additionally, I’m directing the attorney general to work cooperatively with the states … to enforce their own laws against such deceptive business practices. The states have broad and powerful authority to regulate in this arena.”

Under the CDA, platforms are ordinarily not liable for users’ defamatory or otherwise problematic posts, while publishers that actively shape and create content do face liability. (Copyright law, which has a strong constitutional foundation, ordinarily does require sites like Twitter to remove offending content, or face liability.)

Although the “good faith” standard is ambiguous, UCLA law professor Eugene Volokh has noted that some case law suggests that “blocking material ostensibly because it’s offensive but really because it’s from your business rival might well be seen as being not in good faith,” while “blocking material that you really do think is offensive to many of your users (much like sexually themed or excessively violent or harassing material is offensive to many of your users) seems to be quite consistent with good faith.”

Trump’s order instructs the federal government to interpret and apply the CDA, as agencies typically do when laws give them that flexibility. “It is the policy of the United States that the scope of that immunity should be clarified: the immunity should not extend beyond its text and purpose to provide protection for those who purport to provide users a forum for free and open speech, but in reality use their power over a vital means of communication to engage in deceptive or pretextual actions stifling free and open debate by censoring certain viewpoints,” the order states.