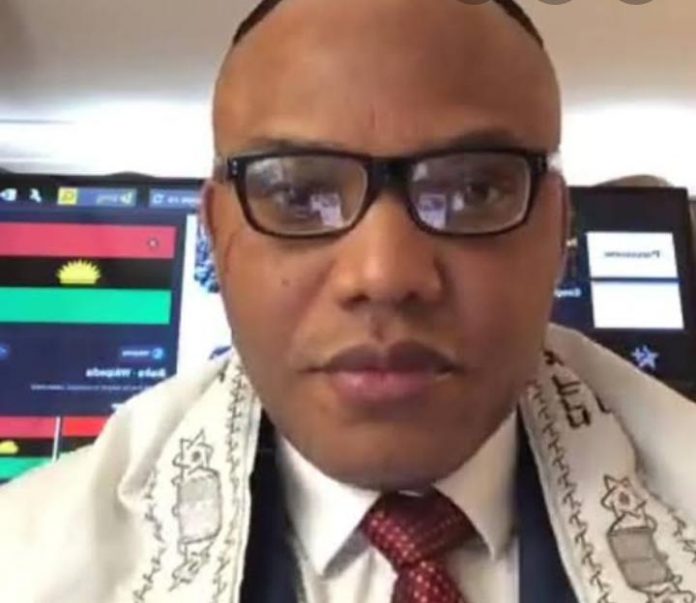 Having successfully celebrated May 30thBiafra day, the leader of the Indigenous People of Biafra, IPOB, Mazi Nnamdi Kanu, Sunday assured Biafrans and indeed the entire Igbo to be prepared  to welcome the sovereignty and independence of Biafra in no distance future.Kanu has been struggling for the actualization of Biafra sovereignty and has been accused by the Nigerian government of committing treasonable felony. He was arrested in October 14, 2015.Kanu has in series of his public discourse; spoke on the marginalization of Igbo, fingering the skewed appointments in President Muhammadu Buhari’s administration.During his speeches, Kanu has always called Nigerian government all manner of names, capable of demeaning the integrity of the country.In view of the above, Kanu was arrested and charged to court, for felony. He later was bailed and instructed to:Kanu must not hold rallies.He must not grant interviews.He must not be in a crowd of more than 10 people.He must provide three sureties in the sum of N100 million each.One of the sureties must be a senior highly placed person of Igbo extraction such as a senator.The second surety must be a highly respected Jewish leader since Mr. Kanu said his religion is JudaismThe third surety must be a highly respected person who owns landed property and is resident in AbujaThe IPOB leader must deposit his Nigerian passportHe must also deposit his British passport with the courtHe must provide the court with reports on the progress of his health and treatment on a monthly basis.The order for him to deposit his Nigerian and British passports also mean he cannot travel out of the country (If this is considered, it is the thirteenth condition).Having granted bail, Kanu left for his home town Afaraukwu, Abia state. On September 2017, Nigerian soldiers stormed his residence. Kanu said they came to his residence uninvited and injured occupants in an attempt to take his life.In defense, Police said the Military personnel were only carrying out a procession to test a new armored carrierThere was no attack on the home of Nnamdi Kanu,” Abia police commissioner, Leye Oyebade, told Journalists.“What happened was that the military was parading a new armoured carrier and passed through Nnamdi Kanu’s residence.Source: Vanguard