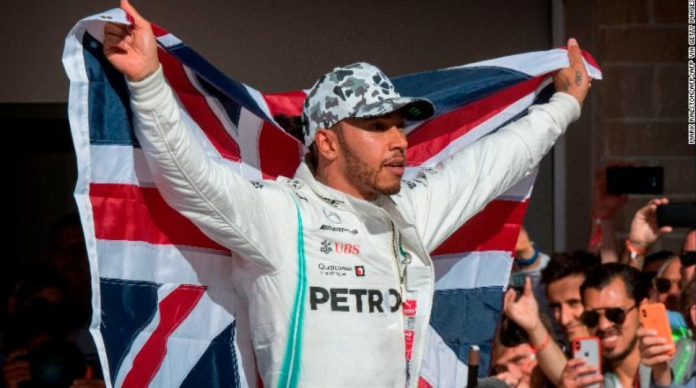 Lewis Hamilton has spoken of his anger following the death of George Floyd, which has sparked protests across the United States.

Floyd died in Minneapolis on May 25 after being arrested by a police officer who pinned the unarmed 46-year-old to the ground for several minutes by kneeling on his neck.

Protests in the aftermath of Floyd’s death have stretched into the eighth day, while President Trump vowed to deploy the military if the violence can’t be contained.

“This past week has been so dark,” Hamilton wrote on social media.

“I have failed to keep hold of my emotions. I have felt so much anger, sadness and disbelief in what my eyes have seen.

“I am completely overcome with rage at the sight of such blatant disregard for the lives of our people. The injustice that we are seeing our brothers and sisters face all over the world time and time again is disgusting, and MUST stop.”

Hamilton has spoken out a number of times over the past week.

The six-time Formula One world champion called on the “biggest stars” of his sport who “stay silent in the midst of injustice,” and said in a separate post that he “do[es] not stand with those looting and burning buildings but those who protest peacefully.”

F1 has since released a post saying it “stand[s] with all those fighting against racism in any form,” and several drivers have also spoken out.

“Unfortunately, America is not the only place where racism lives and we continue to fail as humans when we cannot stand up for what is right,” Hamilton’s post released on Tuesday continued.

“Please do not sit in silence, no matter the colour of your skin. Black Lives Matter.”

Last week, it was confirmed that the Formula One season will begin with a double-header in Austria on July 5. Racing has been suspended since March amid the coronavirus pandemic.