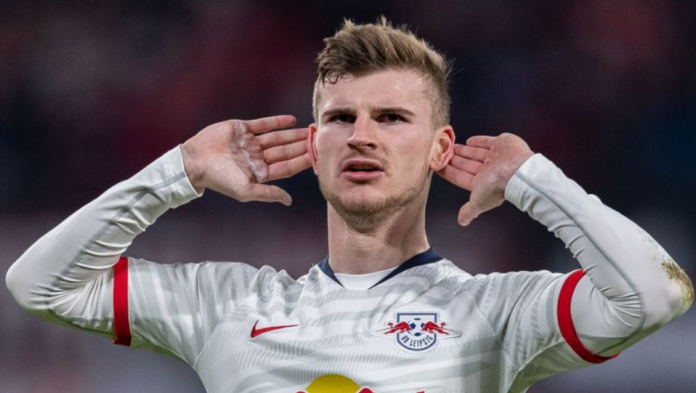 Chelsea have offered a £200,000-a-week contract to Werner, who also interested Liverpool and Manchester United.

He had publicly indicated his preference to move to Premier League leaders Liverpool but they were unwilling to pay the release clause in the current climate.

That allowed Chelsea to move in for their number one forward target, and the 24-year-old is happy to play for Frank Lampard’s side. His priority has always been to sign for a Champions League club where he can play regularly.

Werner is set to join Hakim Ziyech, who is joining from Ajax for £33m on July 1, as new additions at Stamford Bridge this summer following their transfer ban being lifted by FIFA in December last year.

Chelsea were unable to sign players last year and opted not to bring in any acquisitions in January, instead focusing on their main targets this summer.

The club are also interested in bringing in a new left-back, with Leicester’s Ben Chilwell their number one target.

“Werner’s name has long been linked with Liverpool, but they were not the only Premier League club said to be monitoring him.

“It is hardly surprising that he is a player in demand. Over the course of the last four years with RB Leipzig, the 24-year-old has established himself as one of the most exciting young players in the Bundesliga.

“This season has been his best yet, with 31 goals scored in 40 games so far, taking his overall total for RB Leipzig to 92 in 154 appearances. For the German national side, he boasts a total of 11 goals in 29 games.

“His RB Leipzig tally for this season includes four goals in the Champions League, one of which came during Leipzig’s 1-0 win at the Tottenham Hotspur Stadium in February.

“The majority of Werner’s goals have come from the central striking position this season, but he is tactically flexible – RB Leipzig have used nine different formations in the Bundesliga this season – and he is also comfortable playing in wide positions, particularly when cutting inside from the left.

“Another factor in Werner’s favour is his age. The forward has already amassed closed to 300 senior appearances since making his professional debut for Stuttgart in 2013, but he only turned 24 in March.”