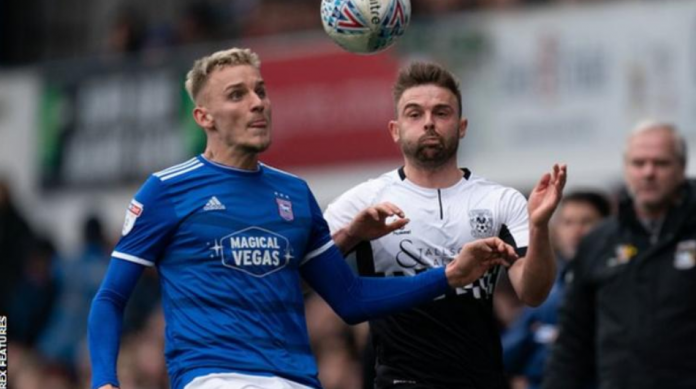 The English Football League and Professional Footballers’ Association have proposed that clubs defer up to 25% of players’ wages in April because of the coronavirus pandemic.

The agreement applies to Leagues One and Two, with Championship clubs expected to make individual decisions.

Under the limits of the deferral, players earning less than £2,500 a month would still be paid in full.

Any reduction in wages must not take a player below earning that amount.

In a joint statement, the EFL and PFA said the move was a “recommendation and not a directive as there are clubs who have stated no requirement to take immediate action at this time”.

In addition, the two bodies said that they will “form a working group of six club captains/PFA delegates from the third and fourth tiers, supported by a representative nominated by the PFA, to engage in dialogue in respect of players’ wages”.

The statement continued: “In establishing the new group, the EFL and PFA acknowledge the common problems faced by the League and member clubs, and the need for all parties to be part of a solution.

“Dialogue with the working group will enable the League both to listen to the concerns of players and to explain the extent of the financial challenges.

“It will focus not just on the short term (May and June) but will address the medium-term position from the start of July onwards and into next season.”

The statement added that a number of Championship clubs have made local agreements with players and other teams will hold talks this week.

English football is stopped indefinitely and there has been no play in any of the top four tiers since Tuesday, 10 March.

At present there has been no suggested date for when football could return.

On Tuesday, Luton Town chief executive Gary Sweet said that clubs throughout the EFL were “at risk” unless the game’s authorities took action.

On 3 April, the Premier League agreed to advance £125m in payments to the EFL and National League, although only £2m of it will go to the 68 National League clubs.

However, the situation in the EFL is so bad that Tranmere Rovers chairman and former Football Association chief executive Mark Palios said that without a strong plan this week it “will potentially lead to carnage, for clubs players, owners and fans alike.”

Writing in the Daily Telegraph on Tuesday he said: “This week is absolutely critical for the EFL and the survival of many of the 71 clubs that it represents.”