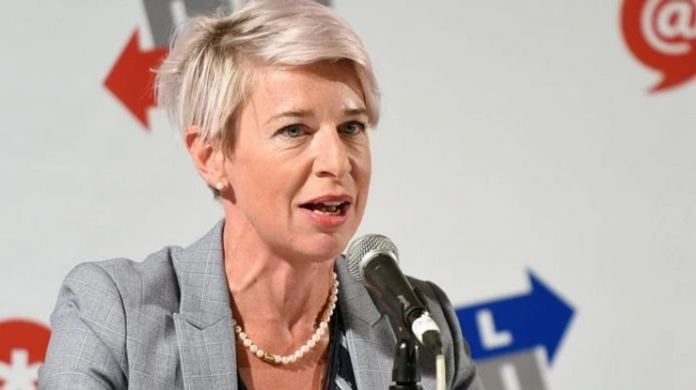 Ms Hopkins, who had more than one million followers, was previously suspended in January for a week.

The social network did not, however, say which tweets Ms Hopkins had posted, to result in the ban.

“Keeping Twitter safe is a top priority for us – abuse and hateful conduct have no place on our service and we will continue to take action when our rules are broken,” it said.

The cited hateful conduct policy bans promotion of violence or direct written attacks and threats on other people, based on a wide range of personal characteristics such as race, gender or sexual orientation.

Ms Hopkins is well-known for both her media appearances and controversial right-wing viewpoints.

She has been re-tweeted by US President Donald Trump on several occasions.

Twitter has recently taken a firmer line against Mr Trump himself over tweets it says break its policies.

The US President has seen warnings placed on some of his tweets and others hidden from general view, although they remain online.

But leaving such tweets up in the public interest is an exception Twitter makes for world leaders – other accounts like Ms Hopkins’ risk being suspended when they break Twitter’s rules.